Looking for fun on the course? Don’t focus on score 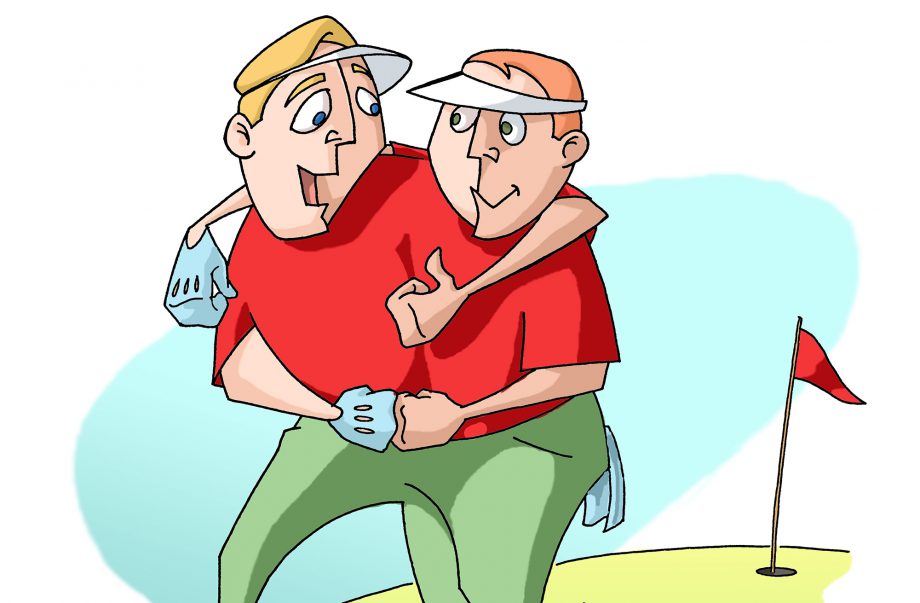 On this side of the pond, we’re very concerned about score for some reason. I don’t know when that became the norm, but we would do well to flip this thought and consider some great alternate forms of play on a regular basis. Want to have more fun? Try Match Play, Stableford, or combine both in a four-ball whether that be Stroke Play, Stableford or Match Play! No idea what we’re referring to, or why these are cool? Read on.

The beauty of this game is only understood by playing it. In Match Play, each hole is a game in itself, and a hole is won by the side that completes the hole in the fewest strokes. When applying the Handicap System to Match Play events, the lowest net score wins the hole. Generally, a match is won by the side leading by a number of holes greater than the number of holes remaining. In singles match play, Golf Canada recommends using 100 per cent of the course handicap (CH). The percentage is known as a Handicap Allowance, and allowances exist to provide equity in handicapped events. The higher-handicapped player receives the full difference in Course Handicap between the two players; and the lower-handicapped player plays from scratch (0). At Golf Canada we receive an extraordinary number of inquiries about Match Play, and the two most frequent questions asked are:

Although it is certainly up to a Committee conducting an official competition to determine allowances, we use this example when responding to singles match play allowances: If 80 per cent is taken, a 1 handicapper becomes a 0.8 which rounds to 1, and 80 per cent of a 30 handicapper is 24 (6 strokes less). Does that setup really provide equity? Second, in singles matches, it is not permissible to allow each player to use their handicap and apply it fully to the allocation table. This is because the majority of handicap stroke holes are established to maximize the number of halved holes in a match by assigning strokes where higher handicapped players most need them. If matches are conducted by taking full CR, the lower handicapped player has a slightly greater advantage, and the result is more holes won on those higher stroke holes by the lower handicapped player. That’s a fact, and you’ll have to trust that some very smart people set up the system for equity, and differing substantially from their recommendation breaks the model down (and believe me these guys have run serious statistical data modelling to base their decisions from).

As a quick aside, there are some unique Match Play formats that allow you to play your partner’s ball, or take a total score for your team on each hole. I recommend reading Section 9-4 of the Golf Canada Manual that outlines many formats/games in detail.

Our friends in Australia use Stableford more than any other golfing nation. Scoring is simple, points are awarded in relation to a fixed score (usually par or net par) on each hole. Points are accumulated and the highest point total at the end of the round wins. Have a look at the table for the point breakdown.

An alternative is Modified Stableford, which the PGA TOUR has glamourized, that uses the following point system:

Would you like a partner to help out once in a while? If yes, then this is your game. Four-Ball is also known as “Better Ball” where you and your partner both play your own ball but the lowest score between partners counts for the team. At times, you’ll find having a partner to rely on a relief, and you may even putt a little bolder knowing you have a backup. Partnered events are great for strategy, camaraderie and fun. And, a four-ball game can be played as stroke play or match play. Fourball is a fairly popular format played in Member/Guest events.

What’s the coolest thing about playing Stableford, Match Play, Four-Ball games, or combining them? For one, these forms play fast (that’s a fact). Think about it, you don’t have to grind out a messy hole for a high score. If you aren’t able to score any points or better your competitors or partners score, just pick your ball up knowing you start fresh on the next hole. That equates to a good pace of play (in competitions or fun play). For clubs struggling to get participation in some of your Club Championships, especially in higher handicapped flights, try using Stableford; it will help participation/sign-ups. Second, we believe new golfers and higher handicapped golfers will appreciate being introduced to these partnered formats. They certainly won’t feel as much pressure or intimidation knowing they have a partner to rely on, or that they could pick up their ball with no real harm.

Let’s start a movement towards team play and match play. In one of your upcoming rounds, try one of these formats or make a push to try it at your club, league, men’s/women’s night. We think it will add to the enjoyment of your round. These games are all used on Tours in one shape or form whether it’s in the PGA TOUR’s President’s Cup, LPGA’s Solheim Cup, or the Ryder Cup. Don’t those players look like they’re having fun?