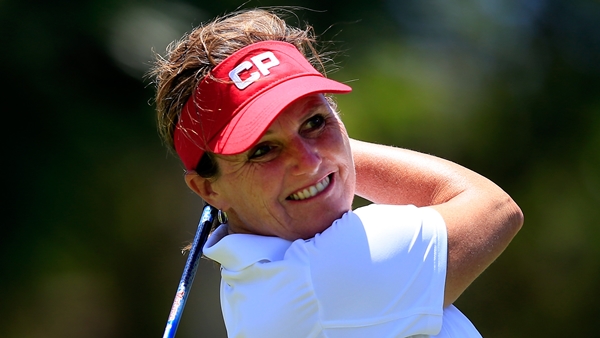 Lorie Kane has more than 20 appearances in the Canadian Women’s Open under her belt, and her heart is still in it.

This year the veteran LPGA professional is trying to build support for the tournament before taking her swings at the London Hunt and Country Club. Kane is working as an ambassador for the Open’s title sponsor, Canadian Pacific, to try to sell tickets with proceeds going to the Children’s Health Foundation in support of pediatric heart health.

Each $30 ticket sold before August 18, 2014 carries a $100 donation from Canadian Pacific, and with some of the best players in the world on display, Kane figures it’s an easy sell for golf fans and those who want to get into the sport.

“The London community and that part of Ontario is golf-crazy,” Kane said in a phone interview Tuesday morning. “The average fan can feel a part of something and know that by purchasing a ticket their money has gone to help not only run the tournament but also help with the funding of equipment and research and all kinds of things for kids with cardiac health.”

As of Tuesday, Kane said $470,000 had already been raised. She was optimistic that number was just the start with a few more days left in the “CP Ticket Rally for Heart.”

Beyond the fundraising, Kane knows what kind of effect this tournament can have on spectators, especially young ones with a future in golf. World No. 1 Stacy Lewis, defending champion Lydia Ko and 16-year-old Canadian amateur phenom Brooke Henderson are in the field, which also includes Canadians Rebecca Lee-Bentham, Alena Sharp, Jennifer Kirby and Sue Kim, among others.

“Let’s say a young family comes out to the golf course and mom and dad are keen to get their little girl into golf,” Kane said. “That might not be the thing that pushes them over the edge. The thing that will push them over the edge is that they make a connection to someone at this tournament, be it Paula Creamer, Brooke Henderson, Jen Kirby, myself, Lydia Ko – any of the young girls that are out there playing – that’s what drives you to the game, and that’s what will keep them in the game.”

Kane, a 49-year-old native of Charlottetown, has won four LPGA and four Legends Tour tournaments. She has never won the Canadian Women’s Open –  for years known as the du Maurier Classic – but neither has any Canadian since Jocelyne Bourassa in the inaugural event in 1973.

In spite of that, Kane said this tournament makes a positive impact wherever it goes around the country. Part of the goal is that to entice more young women to play golf by having a high quality of competition on the course.

“Nothing is more important to me than growing the game within our country and keeping it strong,” Kane said. “It’s our national championship and we as Canadians, all of us that are in the field, look at it as that.

“For the spectators to come out and see an Inbee Park, Stacy Lewis, Paula Creamer, Lydia Ko, Brooke Henderson, Jen Kirby – you get to cheer for your Canadians and see how they stack up against the rest of the world.”

The tournament is back in London for the first time since 2006 and the third time overall, after hosting it in 1993. Kane expects the crowd support to be even better than it was eight years ago.

“The product the LPGA Tour and the young women that are playing and the veteran ladies that will be there come with a passion for golf and a passion for growing the sport,” Kane said. “The LPGA is very strong and the show that we will put on in London in a week’s time will be one that nobody will want to miss.”