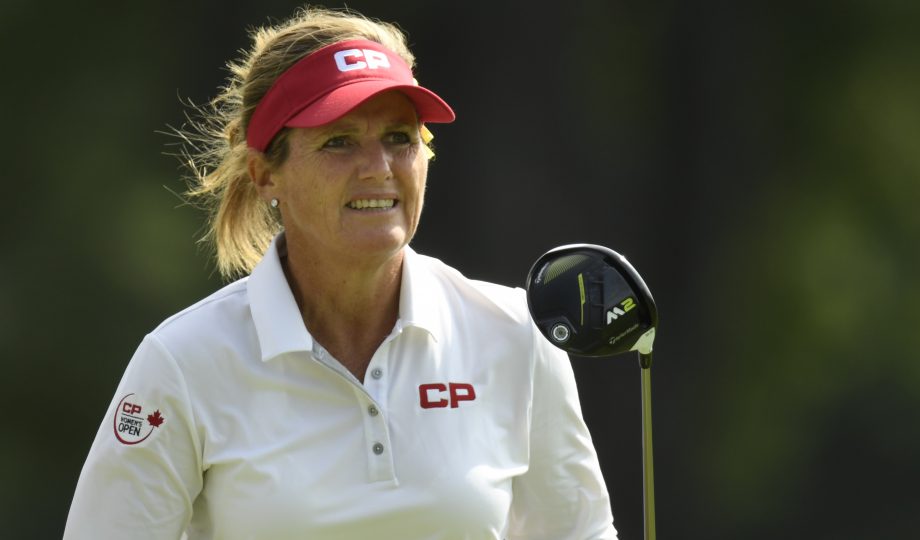 Wolfville, N.S. – More than 800 graduates from Acadia University will receive their diplomas at ceremonies taking place May 13-14, joining Acadia’s more than 30,000 alumni worldwide. In addition, Acadia will confer Honorary Degrees on individuals who have distinguished themselves in public service, education and professional sports. Among those Honorees will be Canadian LPGA Tour professional Lorie Kane.  Kane, an Honoured Member of the Canadian Golf Hall of Fame who graduated from Acadia in 1988, will receive a Doctor of Humanities.

“Our Honorary Degree recipients exemplify in every way how each of us can use our background and experience to make significant and meaningful contributions to our communities, our country and to the world,” said Acadia President and Vice-Chancellor Dr. Peter Ricketts.

Kane has triumphed on the golf course and is recognized as a leader for the sport. Since her rookie year on the LPGA Tour in 1996, she has won nearly $7 million in career earnings. In that time, she recorded four LPGA Tour victories and 99 top-ten finishes, including eight in majors.

Prior to turning pro in 1993, Kane represented Canada as a member of the Canadian International Team from 1989 to 1992. She was also a member of the 1991 Canadian Commonwealth Team and the 1992 Canadian World Amateur Team. As a CP Ambassador, she embodies ongoing support of women’s golf through the CP Women’s Open and helps advocate and elevate the CP Has Heart charitable campaign which raises money and awareness for heart health.

Congrats to CP ambassador @LorieKaneLPGA on @AcadiaU’s announcement that she will receive an honorary Doctor of Humanities degree! With her dedication to @CPHasHeart, we couldn’t think of anyone more deserving. ❤️?? https://t.co/Tr8I3jiFOx pic.twitter.com/A9p5fWWS3x

Golf fans in Saskatchewan will be able to watch Kane compete live at the 2018 CP Women’s Open, taking place August 20-26 at Wascana Country Club in Regina.