Lorne Rubenstein to host ‘Looking Back’ on SiriusXM Radio 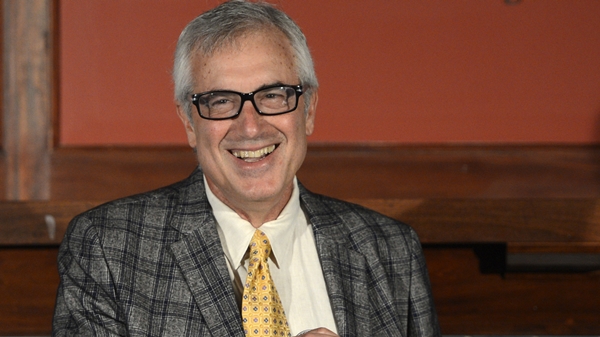 Pleased to announce my new show Looking Back will begin on @SiriusXMPGATOUR Tuesday March 25, 7-8 EDT, and every second Tuesday following

As one of the game’s great storytellers, Rubenstein’s segment will include interviews with guests from across the golfing spectrum and will dive deep into the game’s rich history. Rubenstein will take listeners on an in-depth journey into golf’s iconic people, events and significant moments.

‘Looking Back’ will air for the first time on March 25th at 7 p.m. EDT and will continue to air every second Tuesday thereafter. Guests are encouraged to call into the show as Rubenstein hosts from 7-8 p.m. by calling toll-free 1-866-469-0026.

Woodland joins Kuchar and a yet-to-be-named PGA Tour player who will face-off in a head-to-head battle against Team Canada’s Mike Weir, Graham DeLaet and David Hearn for international bragging rights

“Match play competitions always bring out the best in players’ ability and personality. The pressure and energy of match play creates a great environment for players and fans alike,” said Woodland. “Playing with Matt and representing the United States at the Omega Mission Hills World Cup was a great experience. I look forward to representing the World with Matt and our remaining teammates as we take on Team Canada at the Canada Cup in a week that includes both Canada Day and Independence Day.”

The Canada Cup is part of GOLFest Nova Scotia, a week-long celebration of national pride and all things golf in Canada that will also feature a Web.com Tour event, the Nova Scotia Open, from June 29 to July 6, 2014.

On Tuesday, Belfor a global leader in restoration and damage repair, announced they have once again teamed up with Abbotsford, BC resident and Web.com Tour player Adam Hadwin.

“Adam is an exceptional ambassador for golf in British Columbia and serves as a role model to junior golfers around the country. Belfor is proud to have partnered with Adam for the past five years and we take great pride in being one of his very first supporters,” said William Cook, President of Belfor (Canada) Inc. “We were impressed with Adam’s drive and determination to make it to the PGA Tour and felt that his ambitions align well with the goals and values of our company. Adam’s most recent victory is a testament that hard work and determination will pay off.”

The International Golf Federation announced recently that former LPGA Tour player Grace Park has been appointed Athlete Role Model for golf when the sport makes its debut at the 2014 Youth Olympic Games in Nanjing, China.

The South Korean, who has six LPGA titles to her name, will attend the second Youth Olympic Games from 16-28 August, 2014 and provide behind-the-scenes guidance and inspiration to the  young athletes competing in the Games.

Park will join 36 other Athlete Role Models supporting the 3,800 athletes competing across 28 sports in Nanjing. She will be on hand in the Youth Olympic Village to assist with a series of educational activities and workshops designed to inspire and inform competitors to deliver their best performances at the Games and in their future careers.

“Becoming golf’s Athlete Role Model at the Youth Olympic Games is a huge honour.  I have had the benefit of so much advice and mentoring throughout my junior development and my professional career and to be able to give something back to the next generation of global golfing talent is a privilege,” said Park.