Love picked to be assistant at Presidents Cup 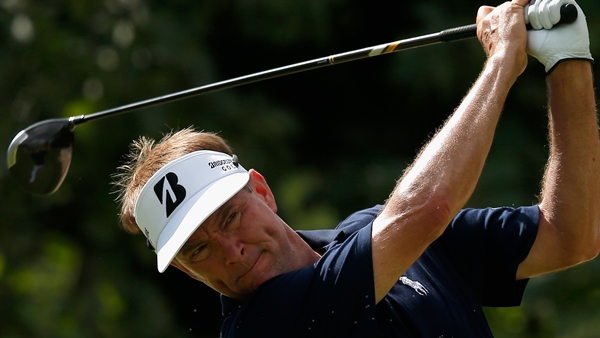 DORAL, Fla. – Davis Love III told U.S. captain Jay Haas last year that he would be in South Korea for the Presidents Cup one way or another, which at the time meant that if the 50-year-old Love didn’t qualify for the team then he would go as an assistant captain.

Love just didn’t imagine being Ryder Cup captain while serving as an assistant captain in the Presidents Cup this October.

And if that’s not enough, Love recently was appointed chairman of the Players Advisory Council.

“I asked him does he still want to even do it. There’s a lot on his plate,” Haas said Wednesday. “He’s a busy man, so I could understand it if he didn’t want to do it. But no, he loves the team concept, I think. He was excited about it when I asked him to do it.

“This is not something that I sprung on him or anything like that in the last few weeks,” Haas said. “Again, I gave him the opportunity to say, `Enough is enough, I need to step aside for a while.’ But I think this can only help him going forward.”

Haas is captain for the first time after having served under Fred Couples, who also returns as an assistant at the Presidents Cup.

The matches will be played Oct. 8-11 in South Korea. The United States has only lost one time to the International team, and that was in 1998. The Americans won, 18 1/2-15 1/2, last time at rainy Muirfield Village.

Nick Price returns as International captain, and he has three assistants – Tony Johnstone and Mark McNulty return, and K.J. Choi was announced earlier.

“Their insight at Muirfield was incredible,” Price said.

Both decisions, remarkably, were reached without putting together a task force.

“I’m the only task force on our team,” Price said with a laugh.

Price proposed to PGA Tour commissioner Tim Finchem after the last Presidents Cup that the points be reduced to 16 team matches and 12 singles matches, similar to the Ryder Cup. Now, there are 20 team matches.

The outlook for change appears bleak. Price said Finchem was “apprehensive” to change.

“They haven’t mentioned changing the points structure, which to me obviously means that’s a wonderful recipe they have there, which that’s debatable,” Price said. “But I think it will be nice if we could get similar to that.”