Gordon on Golf: Have faith in the game 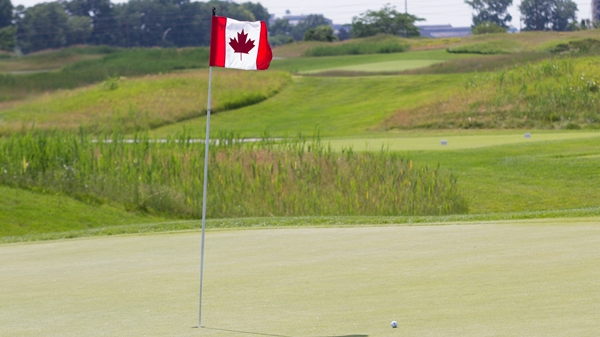 The headline on the press release reads: “Golf boom in jeopardy?”

“The continued growth and health of golf in Canada depends on getting more young people into the game,” states the first paragraph of the release, “but a lack of focus in the golf industry threatens its future, the first Canadian Golf Summit was told Thursday.”

Twenty-five years ago, as managing editor of SCOREGolf magazine, I organized and chaired the first and, to date, only Canadian Golf Summit. That event, open to the public, brought together the heads of all the national golf associations and other involved parties not only to explain their roles in the context of the game, but to participate in panel discussions on topics such as The Next Generation of Canadian Golfers, Development of Facilities and Funding, Teaching and Coaching, and Research.  It was a stellar cast featuring people who, both as individuals and as representatives of the game in Canada, had a vested interest in its future.

I was motivated to dig out my files on that Summit recently in the wake of alarmist announcements from the media and the “industry” about the perceived imminent demise of golf. I didn’t quite dislocate my shoulder patting myself on the back for my foresight and vision way back in 1989, but I think I might have strained something.

The former is a guide to the historic ebb and flow of the game in the U.S. by an academic who is an avid golfer. The latter is a compilation of essays by one of today’s most insightful and opinionated writers. Both tell us loud and clear that people who care about the game have shepherded it through tough times—not just for a mere 25 years, but for centuries.

Distilling the essence of both books and other related research was a humbling experience, although I had been given the head’s up just after I joined SCOREGolf back in 1985. Tom McBroom, for years now one of Canada’s most notable architects, took a couple of hours to explain the facts of golf life to this rookie. At that time we were, he pointed out, in the midst of the third golf boom of the 20th Century. The first occurred during the 1920s, often called golf’s Golden Age, and the next in the affluent 1960s. Despite the undeniable fact that both those waves had crested and troughed, it seemed that just about everyone believed this latest one would last forever. Not bloody likely.

Golf, like the people who play it, is a living, breathing thing. Like us, its existence is typified by cycles. We are in a down cycle now and for how long is anyone’s guess. But that uncertainty is unacceptable in these fast-food times when immediate gratification is not just expected, but demanded.

Fear-mongering and nay-saying are fashionable. After hearing such dire comments emanating from the PGA Show in Orlando in January, my 27-year-old son called me. He and his fiancée play two or three times a week on an executive course with their friends.  “Wanted to let you know we are giving up golf, Dad,” he said. “We just heard it isn’t fun or cool anymore.” (He was kidding, of course, having inherited his father’s dubious sense of humour.)

My son, like many kids, played golf when he was young, then migrated away from it when university and then getting a job became priorities. Now he is back in the fold and, I hope, will stay. He got into the game because my wife and I played and we played because my wife’s parents gave us each a half-set of clubs. Off we would go, the four of us, to the local nine-holer where the scores were secondary to the experience.

In his book, Moss makes a great deal of the value of “community” to the vitality of the game. When I read those passages, I smiled, remembering those nine-hole rounds with my in-laws and, later, when I played with my son and his grandfather. Who won? Don’t recall. Don’t care. In the final analysis, we all did.

That is golf. It will always be golf, despite these recent dire predictions which, history teaches us, are just updated regurgitations of what has been said during golf’s many past and, it must be emphasized again, temporary declines.

“We have seen the enemy and he is us,” a comic-strip character said a long time ago. We, all of us, are to blame for some of the blemishes on today’s game—slow play, courses that are too difficult and too expensive—but these are not life-threatening. They can be remedied with care and attention. They do not demand radical surgery.

If you love the game, you will take personal responsibility for it. Protect it. Adopt common-sense initiatives like Tee It Forward and While We’re Young. Support CN Future Links, Golf in Schools and the Golf Canada Foundation. Create the sense of community Moss speaks of by inviting a kid or your spouse or a friend to play with you.

And have faith in the game and its future. That faith will eventually be justified—yet again.

It’s been said that John Gordon has “done it all” in Canadian golf since he first got involved in 1985 as managing editor of SCOREGolf.

Based on his resume, it’s a statement that’s hard to dispute. He left SCOREGolf to become Golf Canada’s director of communications and member services and was the founding editor of Golf Canada magazine.

In 1994, he turned to golf writing fulltime, authoring eight books, penning a regular column for the Toronto Sun and then the National Post, and writing innumerable articles for golf consumer and trade publications. He was the on-air and online golf analyst for Rogers Sportsnet for eight years before joining ClubLink, one of the world’s largest multi-course owners and operators, to build their communications department, re-launch their magazine and build out their websites.

In 2014, John returned to golf writing fulltime and will contribute regularly to golfcanada.ca. You can follow him on Twitter at @gordongolf.