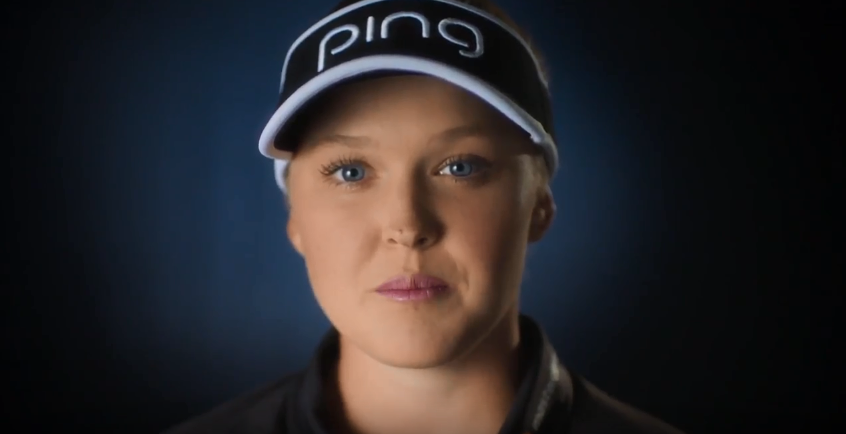 ORLANDO, Fla., – The LPGA’s 2018 advertising campaign made its debut this week on Golf Channel ahead of the season-opening Pure Silk-Bahamas LPGA Classic, with the campaign’s emphasis on ‘A Global Tour Like No Other’ and the accessibility and personality of its players.

The 2018 edition of the LPGA’s campaign was created by Austin-based ad agency Divot Group and the spots will be rolled out during telecasts on Golf Channel over the first several tournaments of the 2018 LPGA Tour season, starting with this week’s event at the Ocean Club Golf Course in Paradise Island, Bahamas.

The playful, light-hearted ad series aims to showcase the diverse nationalities of LPGA Tour players while emphasizing their approachability and personality.

One spot (Language) highlights the challenges of playing all round the world, such as the potential pitfalls of language applications, but ultimately concludes: “winning translates in any language”.

And yet another (Next Wave) focuses on the “movement” happening in women’s golf with the “next wave” of competition making it tougher than ever to win on the LPGA Tour.

“Two distinct themes have emerged on the LPGA Tour: its truly global nature and the approachability and accessibility of its players,” said LPGA Chief Commercial Officer Jon Podany. “The LPGA is uniquely golf’s global tour with players representing 32 countries, tournaments in 14 countries and TV distributed to more than 170 countries.

“The best players in the world come to play on the LPGA and the competition is better than ever. This campaign brings that to life, as well as showcases the diverse personalities of our players.”

One more spot was created called Frequent Flyer, in which players joke about who has racked up the most frequent flyer miles.

The 2018 season continues to feature players from across the globe with representatives from 32 nations. Last season produced 22 different winners from eight countries while five players from four different countries occupied the top spot in the Rolex Rankings during 2017.

Further eye-catching elements last year were the depth and quality of competition. The 2017 Tour went 15 events before having a repeat winner, tied for the longest streak in LPGA history, and a record 12 players ended the season with a scoring average below 70 – the previous best was five players set in 2016.

In addition to the LPGA’s Golf Channel telecasts, the 2018 ad spots will be featured through the LPGA’s international television partners, on LPGA.com, and via the LPGA’s social media channels, including YouTube, Twitter and Facebook beginning on Thursday, January 25.