Why the LPGA Pro-Am experience is the best in golf 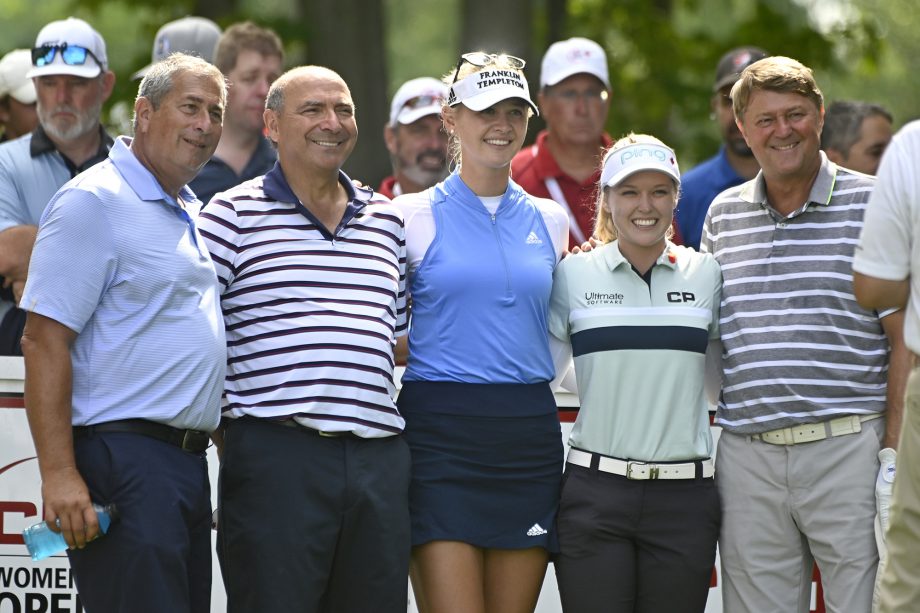 Wednesday Pro-Am’s are a traditional part of professional golf on the TOUR and Tour associates worldwide, but there are none better than the LPGA.

Notorious in golf circles for superior pro-partner involvement, the reputation of the LPGA at the CP Women’s Open holds perfectly true. Nelly Korda, one of the stars of the game, and World Number 10, was all smiles from the very first tee early this morning. Nelly, and fellow Floridian caddy Jason, instantaneously and genuinely shook the hands of both am-players and caddies, as well as the starters and marshalls on the tee.

After ripping a drive down the middle to the “wows” of the amateurs, the rest of her nine holes were filled by her remarking “great shot” and “nice putt,” praising her playing partners, and going above and beyond to ask them about themselves, what they do, their families, the whole time with a smile on her face and genuine interest in her voice. This is her time to practice for the tournament, but her willingness and understanding about the necessity that is the pro-am experience, and fan involvement, is certainly at the forefront of her mind. You can tell she genuinely cares about the product she’s presenting, and takes it really seriously.

Nelly is one of the stars of the LPGA, has been for years, so her effort to make her pro-am partners feel comfortable on the course means the world to them, it’s almost like they don’t expect it, but are so happy to be wrong. After the nine, I asked one of the participants how he was enjoying it, to hear the answer, “It’s just wow, I’ve done other pro-ams before but this is by far the best experience. Nelly was so gracious and so kind with her time, I’ll do this again in a heartbeat.”

That’s the attitude that Commissioner Mike Whan is selling to his players, to sell to the public. It’s working too.

Whan is celebrating his tenth year in the position this year, and you need to look no further than the numbers to see the success that he has had in the role. Whan’s a marketing expert by trade, and when he came onto the LPGA Tour in 2010, he turned the management not towards pin placements and putting stats, but sponsors and corporate engagement. Better sponsors equal more money, more money equals better purses, better purses equal better players, better players equal better golf, better golf equals a better product, and a better product equals better sponsors. The positive-feedback loop is in full force.

Ten years after Whan started these wheels in motion, the LPGA now boast an All-Star Roster of title sponsors, including Rolex, KPMG, Evian, and Canada’s own, CP Women’s Open this week.

Whan has also steered into the international nature of the Tour’s players, almost doubling the number of international championships, including an international major. Total purse money is also closing in on doubling it’s 2009 total. And viewership on the Golf Channel (TSN included this week), has also seen a massive spike, with over 90% of the coverage on live TV, and viewership growing exponentially every year.

People love the LPGA. The fan’s love the LPGA. It is, after all, because they’ve created a superior product on both a macro and micro level, which make any LPGA event, but specifically the CP Women’s, the best fan experience in golf.

This photo says it all.

Nelly Korda took these two young superfans, Emelia and Eliana, inside the ropes with her to show them how the game looks from on top of the tee decks.

Nelly, one of the star players in the game, and on the Wednesday before a tournament, goes out of her way to interact with the fans above and beyond her mandated “fan interaction guidelines.”

Bringing these young golf-pro hopefuls onto the fairways with her, explaining the plush animals hanging from her bag, how she marks her golf balls, and asking them about their own golf games, (Eliana finished 2nd at the Pinehurst World Junior Championship), is all part of the overall product that make the LPGA so fantastic.

Commissioner Whan has the ability to bring the corporate sponsorship, and promote the Tour from a top-down level; and the players, like Nelly, like Fassi, like Pernilla, like Lexi, all bring the game to the fans and the participants in such a wonderfully engaging way.

It’s exciting to be a part of.

In what other game does the World No. 3 athlete, Lexi Thompson, get to watch you putt, laugh at your jokes, and give you tips on your swing. In what other sport, do you get a high-five from young superstar Maria Fassi, as she grinds over 6-foot birdie putts so YOU can win the pro-am and brag to your buddies at the office Monday.

In what other game, can two kids be brought onto the field of play, taken to a level of inspiration to be the next Korda, the next Henderson, the next Creamer.

How can you not come to this championship? Magna and the CP Women’s Open beckons the fan to walk with the best players in the world, talk to them, cheer for them, as they talk to you, cheer for you, and see how amazing we can make this game we all love, together.