LPGA’s best ready to take on The Vancouver Golf Club 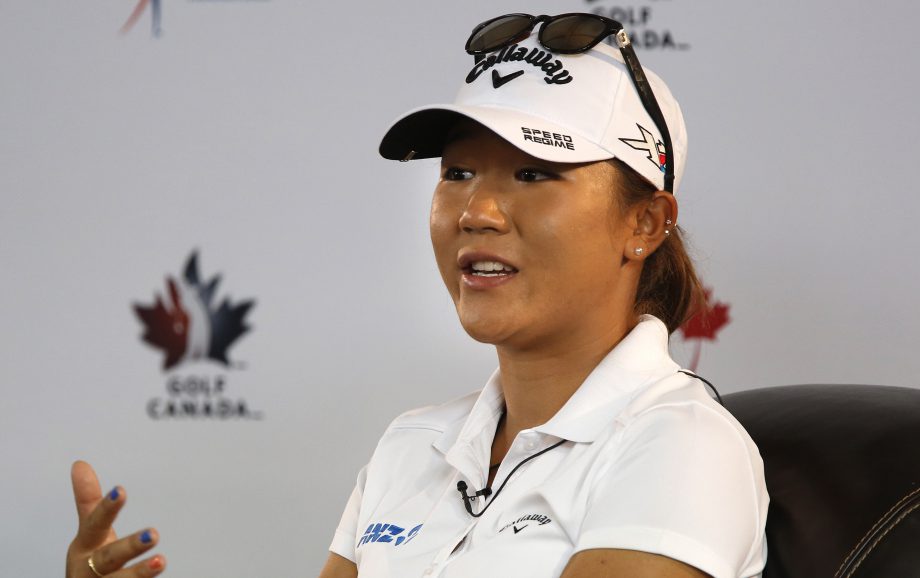 Coquitlam, B.C. (Golf Canada) – So Yeon Ryu will look to defend her crown at the Canadian Pacific Women’s Open this week at The Vancouver Golf Club.

“It always feels special coming back as a defending champion,” Ryu said. “Canadian fans are always really friendly and humble. So I really enjoyed being here. Especially this is really close to Koreatown, so I feel even more comfortable.”

While Ryu is the defending champion her 2014 title was captured at London Hunt and Country Club in London, Ont. Her last time in Vancouver, when the event was here in 2012, she missed the cut.

“Actually, three years ago I didn’t really play well at this golf course,” Ryu admitted. “This golf course feels very different the front nine and back nine. The front nine is very hilly, the greens severe. I do like the back nine more than the front nine. But I think the key point is I would say iron shots because we need to put in like safest positions so like there is no three-putt. So, I would say iron accuracy and of course putting is always every week 365 days that’s key.”

Ryu is more confident in her game and situation this time around and will be looking to capture her first win of the 2015 season after tallying seven top-10 finishes.

“Actually, three years ago I had a lot of problems with my swing,” Ryu explained. “Also it was my rookie year, and I was kind of homesick about at this time because it was about halfway through the season. Right now it feels like home and I’m in the LPGA. I don’t have any home sickness anymore. So for sure I can be playing better than I did last year or three years ago.”

Challenging Ryu will be a top notch field which includes the winner from the last time the Tour was in Vancouver – Rolex Rankings No. 2 Lydia Ko, who won as a 15-year-old amateur, and the runner-up at this event that year Rolex Rankings No. 1 Inbee Park, who is coming off a victory at the RICOH Women’s British Open to complete the career grand slam.

“Definitely feels great to come back to a course where you’ve played well, and you know there are a lot of great memories,” Ko said. “Here I won my first LPGA event. So it’s awesome to be back, but I do feel much older. I saw one of the photos and I looked totally different. So I’m showing signs of age.”

Alena Sharp is one of 14 Canadians competing in our national championship this week at the Canadian Pacific Women’s Open.

“It’s always a great week to come back to Canada no matter where we are,” Sharp said. “I feel very welcomed. I’m from Ontario, but when we play in B.C. or Alberta or Quebec, I still feel like I’m at home, so it’s nice.”

Sharp was on the green last Sunday to celebrate with fellow Canadian Brooke Henderson after winning the Cambia Portland Classic to become the first Canuck to win on the LPGA Tour since Lorie Kane in 2001.

“I’d love to see more Canadians out on Tour,” Sharp admitted. “It’s nice to see the Canadian flags up anywhere you look. And even this year the men have been playing well too. So it’s nice that Canada is getting back on the map of golf.”

This week Sharp, who is coming off her best finish of the season with a T10 in Portland, will be looking to make it back-to-back wins for Canadians.

“I’d be speechless,” Sharp said. “It would be amazing to do that. It’s only Wednesday. I’ll just take it one day at a time, and I’d love to be on those last nine holes and have a chance to win.”

Opening-round action gets underway at 7:04 am PT.