Luke Donald soars into the lead at Harbour Town 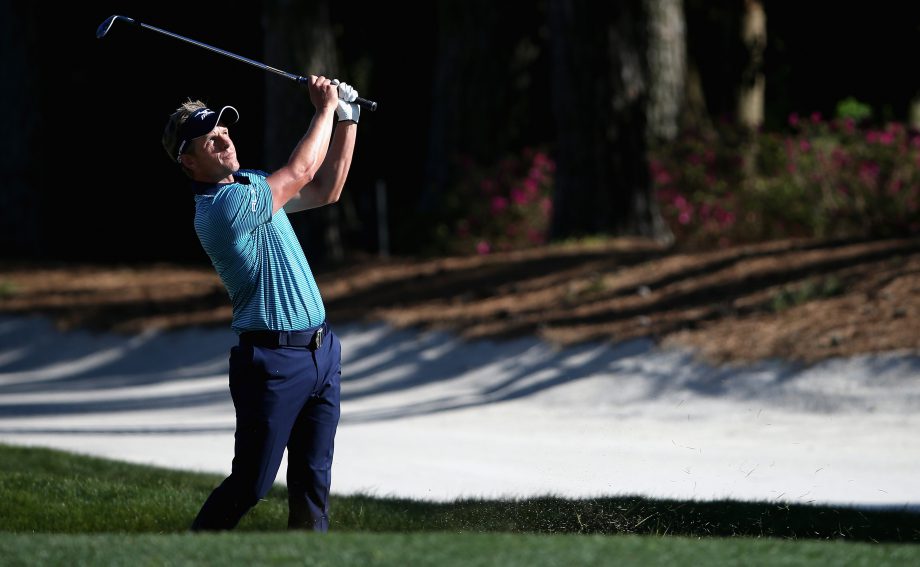 HILTON HEAD ISLAND, S.C. – For Luke Donald, it’s another chance to end his hard-luck history at Harbour Town Golf Links. For Jason Day, it’s a rare round to forget for the world’s No. 1 player.

While Donald took the lead Saturday at the RBC Heritage with a 2-under 69, Day – tied atop the leaderboard entering the round – had a season-worst 79 to fall nine shots behind.

“It’s obviously not the way I wanted to play,” said Day, the winner of two of his past three PGA Tour events.

It was exactly what Donald wanted at one of his most successful courses. He has mastered the swirling wind, tight fairways and really small greens better than just about anyone since 2009 with five top-three finishes over that span. The only thing he hasn’t accomplished? Victory.

He has learned from those close calls that he can’t sit back Sunday and allow others – like winners Brandt Snedeker did in 2011 or Matt Kuchar did in 2014 – to zoom past him as he pars his way home.

“I can’t sit back on my heels,” the Englishman said.

Donald was at 7-under 206 through 54 holes, a stroke in front of Jason Kokrak and Charley Hoffman. Kokrak shot 68 while Hoffman had a 71. Patton Kizzire shot a 71 and was another shot behind in fourth. British Open champion Zach Johnson, after a 70, was among three at 4 under.

Donald was a stroke behind when the round started and quickly moved up with three birdies on his first eight holes to reach 8 under. He bogeyed the 13th and trailed Hoffman by a shot. But Donald steadied his game with five straight pars over the windy back nine to get himself on top once more.

Donald has won more than $2.5 million at the RBC Heritage, the third-highest total. But he’s known as much for his disheartening defeats on Pete Dye’s tricky layout. Snedeker rallied from six shots behind Donald to force a playoff and win in 2011.

Three years later, Kuchar’s chip in from a bunker in front of the 72nd hole capped a four-shot comeback and left Donald, whose last of five PGA Tour wins came in 2012, in second once more.

“I think it’s a bit dangerous to say a place owes you,” Donald said. “Certainly, I’ve knocked on the door many times. I’d love to put that tartan jacket on tomorrow.”

One who figured to join the battle was Day, but his round went bad right from the start.

Tied for the top and playing in the final group, Day came up short of the first green and made bogey. Two holes later he drove into water after hitting some trees way right of the third fairway for a double-bogey 6. The wheels came off for good during an awful stretch around the turn – Day made five bogeys in a six-hole span.

His 79 was his highest round of the year and his worst showing in 63 rounds since an 81 last year in the second round of The Players Championship.

“I felt like there was a good score out there today if you hit it in the right spots,” Day said. “And unfortunately, I just kept missing it in the wrong spots.”

Day attempted to take his poor play in stride, signing autographs for fans behind the 18th green. After winning the Arnold Palmer Invitational and The WCG-Dell Match Play, finishing 10th at the Masters, Day said several times this week he was ready for a break – which the PGA Championship winner will get next week.

Hoffman also has a score to settle with Harbour Town. He was the 54-hole leader here in 2013, yet ballooned to a 77 in the final round. He looked like he would hold the lead after moving to 8 under, one up on Donald, with a birdie on the 16th hole. Yes, he missed a 6-footer for par on No. 17 and a 17-foot putt from the back fringe on No. 18.

“Hopefully, I can reach down deep,” Hoffman said. “I know I’ve done it before.”

Jason Bohn continued his up-and-down play in his first tournament back since a heart attack in February. Bohn ballooned to a 4-over 75 on Saturday – a round that including back-to-back double bogeys.

Past RBC Heritage champion Carl Pettersson was among seven players who missed the cut after the third round. New pro Bryson DeChambeau briefly got himself into the mix with three birdies on his first four holes. He made four bogeys after that and stands five shots back of Donald.

A 1-over 72 performance has Graham DeLaet of Weyburn, Sask., in a tie for 13th to lead the Canadian contingent. Abbotsford, B.C., native Adam Hadwin carded a 73 and sits T55. Fellow Abbotsford product Nick Taylor survived the third-round cut, but will not advance to the final round after shooting a 77 on the day.