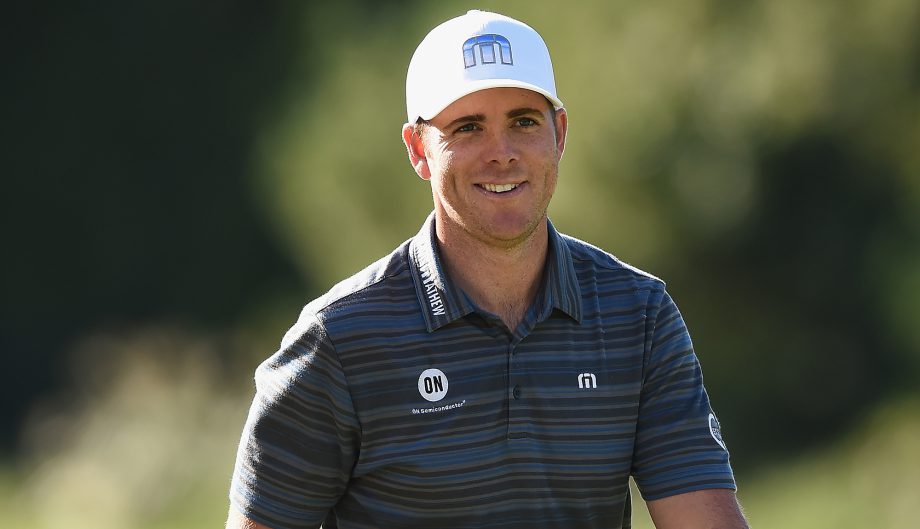 JEJU, Korea, Republic Of – Luke List fired a 5-under 67 to take a one-stroke lead after the second round of the CJ Cup on Friday.

List, who is looking to win on the U.S. PGA Tour for the first time, carded five birdies, including one on the par-5 9th, his final hole, to move to 9 under.

Three-time tour winner Lucas Glover compensated for a pair of bogeys with seven birdies in a 67 and was tied for second with Scott Brown, who had a 70.

A day after firing a 63 for the first-round lead, Justin Thomas made a 74 to slip into a share of fourth with Australian golfer Cameron Smith (68) at 7 under.

Thomas took a three-shot lead into the second round, but an opening 3-over-par 39 on the front brought him back to the pack.

The second-round 74 is Thomas’ worst score since an 80 in the second round of the British Open.

Jason Day also struggled en route to a 74 to fall back to 24th at 2 under.

Whee Kim (70) was the highest placed of the 16 South Korean players in the field at 6 under overall, tied for sixth with Patrick Reed (72), Chez Reavie (72) and another Australian, Marc Leishman (72).

Seung Yul Noh carded five birdies and closed with an eagle in a bogey-free 65 for the best score of the day, lifting him to even par overall.