Ko among past champions confirmed for LPGA stop in London 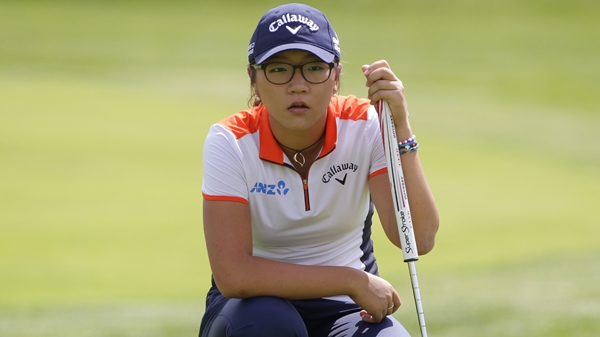 London, Ont. (Golf Canada) -The Canadian Pacific Women’s Open is once again expected to draw one of the strongest player fields on the LPGA Tour. In 2013, the event drew 96 of the top 100 players on the Rolex World Ranking.

Lydia Ko, the reigning two-time champion, and World No. 3, will headline a list of past champions who have confirmed their intention to challenge for the US$2.25 million purse at the 2014 CP Women’s Open.

Ko captured the Swinging Skirts LPGA Classic earlier this season, her third LPGA Tour victory after claiming back-to-back Canadian Women’s Open titles in 2012 and 2013. The New Zealand teenager will headline a world-class field at London Hunt and Country Club that already includes six past Canadian Women’s Open champions including, Rolex Rankings No. 4 Suzann Pettersen (2009), No. 11 Michelle Wie (2010), No. 62 Brittany Lincicome (2011) and No. 125 Katherine Hull (2008). As well as No. 10 Cristie Kerr who claimed the 2006 Canadian Women’s Open title when it was last conducted at London Hunt and Country Club.

“We’re two months away from the Canadian Pacific Women’s Open and together with CP and our hosts at London Hunt and Country Club, we are thrilled with how our field is coming together,” said Canadian Pacific Women’s Open Tournament Director, Brent McLaughlin. “With the world’s best players as well as up and coming Canadian talents set to compete, London golf fans will be treated to an outstanding showcase of golf.”

Kane, an 4-time winner on the LPGA Tour, joined CP and Golf Canada at a media event to announce the Children’s Health Foundation as the host charity. The Charlottetown native expressed her excitement about the cause.

“The players of the LPGA put a lot of heart into this tour, so it’s very fitting that CP has chosen to focus their charitable efforts on heart health,” said Lorie Kane. I am excited to partner with CP to help raise funds that create a meaningful impact in the lives of children in the London community who suffer from heart disease.  We’re looking forward to hosting a great tournament this year.”

Additional Canadian and international exemptions into the National Women’s Open Championship will be announced in the coming weeks. A field of 156 competitors will vie for the US$2.25 million purse when the CP Women’s Open makes its return to London Hunt and Country Club for the first time since 2006.

Players confirmed to compete in the 2014 Canadian Pacific Women’s Open:

Alena Sharp
– No. 225 Women’s Rolex Rankings
– Two top-20 finishes in 2014 including a T14 at the North Texas LPGA Shootout and T18 at the Pure Silk-Bahamas LPGA Classic

Jennifer Kirby
– No. 299 Women’s Rolex Rankings
– Member of Team Canada’s Young Pro Squad
– Best finish as a rookie on the LPGA is T36 at the JTBC Founders Cup