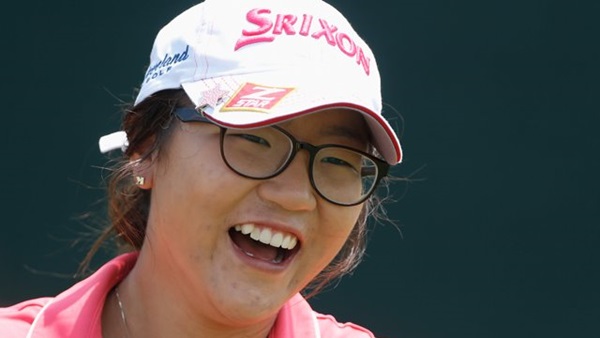 Top-ranked amateur Lydia Ko has chosen an unusual method to announce her decision to turn professional at the age of 16 and after foregoing more than $1-million in potential prize money.

Ko, ranked No. 4 in the world, chose not to hold a formal news conference but released a short, scripted video in which she debates the merits of turning profession with the All Blacks rugby player Israel Dagg.

The video shows Dagg losing to Ko in a golf match, then telling her: “If you can beat me, then you can definitely handle the pressure of going pro. It must be time now.”

Ko nods and replies: “Okay, I’ll do it … right now, right this second.”

Ko alerted her Twitter followers to the video and her decision by posting “made a monumental decision today with a little help from my @AllBlacks friend @Izzy–Dagg #LOVEGolf.”

New Zealand Golf chief executive Dean Murphy said Ko “was reluctant to hold a traditional press conference” because she “didn’t want to make a big fuss about news that had already been reported in the media in recent weeks.”

“This is a very momentous day for Lydia and we are so thrilled that she has chosen such a unique and entertaining way to share her news with her fans today,” Murphy said. “She has also been very busy studying for exams and wanted to make this announcement in a different way.”

The LPGA Tour confirmed Oct. 10 that it received a petition from Ko asking that it waive its minimum age requirement of 18.

Ko was born in South Korea but moved to New Zealand with her parents and took up golf aged five. She first took lessons at Auckland’s Pupuke Golf Club from professional Guy Wilson, who has been her coach ever since.

She was the world’s leading female amateur in 2011, 2012 and 2013 and became the youngest person, male or female, to win a professional tournament when she won the 2012 New South Wales Open at the age of 14. That record has since been broken.

Ko was also the youngest winner of an LPGA tournament when, aged 15, she won the 2012 CN Canadian Women’s Open, a title she defended this year in Edmonton. She has yet to miss a cut in 23 professional tournaments.

After finishing runnerup at the Evian Championships in France in July, Ko hinted that she would be turning professional but said she wished to complete exams before making any announcement.

She is expected to play for the first time as a professional in the LPGA’s season-ending event in Florida.

Murphy said Ko’s career as an amateur “has been phenomenal.”

“Her amateur record ranks right up there among the greats of the game,” Murphy said. “She has won four (tour) titles, claimed the U.S. and Australian Amateur titles, climbed to No.4 on the World Rankings and has been the World No. 1 amateur for more than two years without ever losing that title.

“That is a record that is unlikely to be matched by a 16-year-old ever again.”