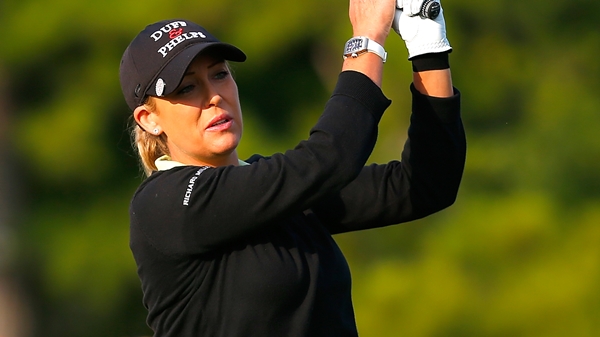 The New Zealander became the youngest winner on the LPGA Tour when she captured the Canadian Women’s Open at the age of 15 two summers ago.

Ko won again last year, and will headline the field for the 2014 tournament – now known as the Canadian Pacific Women’s Open – when it gets going later this month at London Hunt & Country Club.

“I love playing in Canada and the support I’ve been getting is huge,” the 17-year-old said on a conference call Monday. “To me, Canada feels quite close to what it’s like in New Zealand. It feels really welcoming whenever I go there.

“Having my first LPGA win in Canada, that’s huge and that’s always going to be with me. They always say the first is one of the most memorable and it’s definitely been the case.”

Tournament director Brent McLaughlin said the Canadian golf community has a strong connection to Ko because of the success she’s had the last two years.

“Any time you see young talents just excel you’re proud of them,” he said. “It’s even brought further to the forefront when you feel like you’ve had a part in helping them along.

“People need heroes. They need to rally around heroes and they need a reason to watch.”

Ko was an amateur and didn’t collect any winnings when she won her back-to-back Canadian Women’s Open championships at Vancouver Golf Club in Coquitlam, B.C., and at Edmonton’s Royal Mayfair Golf Club.

She turned pro in October 2013 and has already won two tournaments this season, including the Marathon Classic last month.

“This year has been very exciting, first year on the tour as an LPGA rookie. It’s been a fun year. I’ve learned a lot of things along the way,” said Ko. “I really look forward to going back and playing the Canadian Women’s Open. The last two years, the Canadian Open was a very exciting tournament for me.”

While she’s happy with her decision to play on tour full time, Ko said dealing with the weekly grind has been an adjustment.

“I’ve been trying to balance life outside the course and not over doing it and taking some time off,” she said. “Outside the golf course I do the normal teenage things – watch TV, talk to my friends on Facebook.

“I think that kind of helps me to bring back my life outside of golf and outside of what I do most of the time, and actually be like a normal teenager and talk about school and gossip about things.”

Ko – who was named one of Time Magazine’s top 100 most influential people in April – is still adjusting to her fame, including being viewed as a role model.

“That’s pretty cool because I’m only 17 myself,” she said. “When I hear these little girls or boys say ‘You’re my role model and I look up to you’ it is kind of cool and it makes me feel like I need to become a better person, a better player so that I live up to what they expect of me.”

Ko is one of a number of big names set play at this year’s Canadian Open in London, Ont., from Aug. 18 to 24, but one player who won’t be taking part due to injury is Michelle Wie.

“She’s such an awesome player and it would have been great to have Michelle there because we all know that she brings a lot of the crowds out,” said Ko. “Hopefully the crowds will still come out. It’s really unfortunate that it happened during this time.”

Ko said there is a buzz on tour about playing in Canada, not only for the $US2.25-million purse, but because of how the tournament is received.

“When players talk to each other … they want to go and play and they’re super excited to play. They don’t want to miss out on it,” she said. “It’s been a great experience for me.”