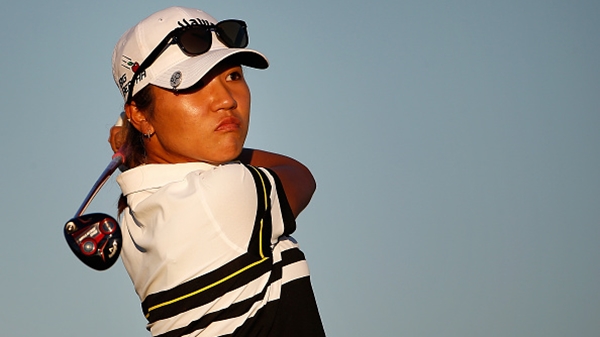 CARLSBAD, Calif. – Top-ranked Lydia Ko doesn’t want to get too far ahead of herself at the Kia Classic – a week before the first major championship of the LPGA Tour season.

“I’m going to concentrate on this week first,” Ko said.

The ANA Inspiration is next week in Rancho Mirage.

“To play well in a major, you pretty much got to have your `A’ game,” Ko said. “Hopefully, if I have a good week here, I’ll bring a lot of confidence into next week. But two different courses. So you know, it’s hard to compare them course-management wise.”

Ko will play alongside defending champion Anna Nordqvist and Lizette Salas in the first two rounds at Aviara Golf Club. Last year, Nordqvist won the second of her two 2014 titles. The Swede closed with her second straight 5-under 67 for a one-stroke victory over Salas.

Nordqvist tied for sixth on Sunday in Phoenix in the Founders Cup, finishing with an 8-under 64.

“I feel like my game’s been pretty solid, haven’t really putted very well,” Nordqvist said. “Sunday a couple of them started to drop and all of a sudden I shot a low score.”

Michelle Wie tied for 64th in Phoenix. She has an endorsement deal with title sponsor Kia.

“Kia has been such a great sponsor to me. They’re kind of like family,” Wie said. “They’ve just been so supportive. It’s great to come to a tournament with my sponsor.

Second-ranked Inbee Park took last week off after winning in Singapore and finishing second behind So Yeon Ryu in a Ladies European Tour event in China.

Kim, now fourth in the world, was the fifth South Korean winner in the first six events this year – and the other champion, Ko, was born in South Korea.