Lydia Ko trying to get used to being No. 1 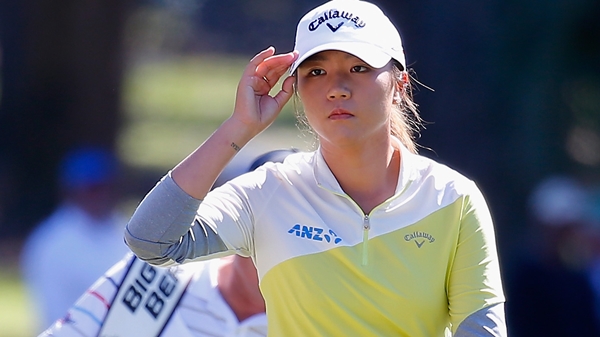 PARADISE ISLAND, Bahamas – Lydia Ko has had a few days to let her historic rise to the No. 1 spot in the world ranking sink in.

“I’m just trying to go back to my normal routine, just get used to the weather here and check out the course,” the 17-year-old Ko said Wednesday, the day before the start of play in the Bahamas LPGA Classic. “I’m very proud to be in that position, but at the same time, I’m trying to just kind of block it out and just be like another golfer, being on the course and just enjoying my time out here.”

The New Zealander tied for second last week in the season-opening Coates Golf Championship in Ocala, Florida, to break Tiger Woods’ record as the youngest player to reach No. 1. She had three LPGA Tour victories last season after winning the Canadian Women’s Open the previous two years as an amateur.

After jumping to No. 1, she got a congratulatory tweet from New Zealand singer and songwriter Lorde.

“I’m a huge fan of her music and she sent me a tweet and she’s like, `Congratulations, very proud.’ And I was like, `Oh, my God.” I’m a huge fan and for somebody of that status to give me a tweet like that, that was pretty awesome. And also I got a Twitter message from Don Cheadle. That was really cool, too.

“I saw where my game kind of is and shook off some rust,” Korda said. “I’m sure that there’s going to be some left over rust, it’s going to take a couple tournaments to kind of really get back into playing mode. We’re used to playing week in, week out and you take two months off and you think that you’re going to be in the same spot, you hit some pretty shots and then not so pretty shots.”

Brooke Henderson is making her first LPGA Tour as a pro. The 17-year-old Canadian won the Monday qualifying tournament to earn a spot in the field.

“My schedule this year will be a little bit up and down, but getting into this tournament this week is really exciting, Henderson said.

She won a Suncoast Series event last week in Florida in her pro debut.

“It really helped coming into this week, just a confidence-booster knowing that I got a couple of solid rounds together last week,” Henderson said.

Two other Canadians will join Henderson in the field in Bahamas, including Toronto’s Rebecca Lee-Bentham and Hamilton, Ont.’s Alena Sharp.