Lydia Ko trying to pace herself on tour 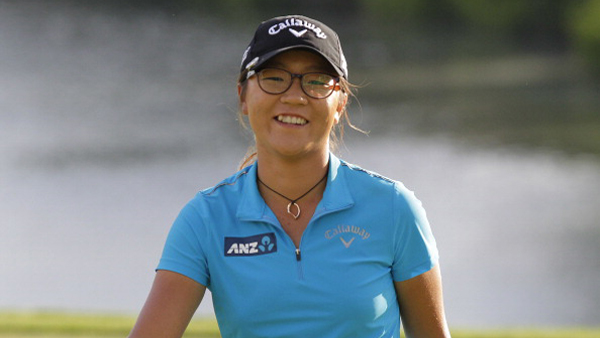 GALLOWAY TOWNSHIP, N.J. – Lydia Ko is trying to pace herself in her first season on the LPGA Tour.

“I skipped last week and I skipped the tournament in Texas, as well,” the 17-year-old Ko said Thursday, a day before the start of play in the ShopRite LPGA Classic. “Obviously, I would like to play the whole schedule and get to every tournament, but it is definitely tough playing all 32 events.”

Ko won the Swinging Skirts LPGA Classic in California in late April and has five top-seven finishes in 10 tour starts this year.

“I’ve been really enjoying myself, playing on the tour,” said Ko, born in South Korea and raised in New Zealand. “I think every moment has been really special. I can’t believe that already a third has gone by.”

The teenager won the Canadian Women’s Open as an amateur the last two years and took the Swinging Skirts World Ladies Masters in December in Taiwan in her second start as a professional. She has six victories in pro events, also winning in Australia and New Zealand, and is No. 3 in the world.

“I really don’t think about my ranking,” Ko said. “I just feel like I’m another golfer going out there to play some golf, and you know, to be at the top, and I guess when you’re ranked the best female golfer in the world, that’s something special. I mean, hopefully I can be the world’s No. 1 golfer. It doesn’t need to be now. That’s what I’m thinking. I just want to pace myself and really enjoy it, and I mean, I have just got to have fun and, to me, that’s the most important thing.”

Ko will play alongside top-ranked Inbee Park and Paula Creamer in the first two rounds on the Bay Course at Stockton Seaview Hotel and Golf Club.

Park missed the cut last week in Alabama, ending her streak at 22 events. She’s winless in nine tour starts this season after sweeping the first three majors last year and finishing the season with six victories.

“I didn’t have a good week last week, but you always get a time that you’re not playing so well,” Park said. “I was very confident after a two-week break. I was hitting the ball great. I was putting great. I was very confident coming into last week, and once the tournament started, I just don’t know what happened. I lost everything. I was hitting the ball bad. I was putting so bad last week.”

Ko and second-ranked Stacy Lewis, the 2012 tournament winner, both have a chance to take the top spot from Park this week. Lewis won the North Texas LPGA Shootout four weeks ago.

Michelle Wie, the winner in Hawaii, has seven top-10 finishes in 10 events this year. She’s coming off a third-place tie Sunday in Mobile.

“I’m just going out there and working hard,” Wie said. “I just want to get better and better every week. And it’s fun. It’s fun when you work hard and practice hard and you kind of see results. This year, it’s been a lot of fun and definitely motivating me to work even harder, just because it’s fun to play well.”

She’s grouped with Lizette Salas and Kraft Nabisco winner Lexi Thompson. Salas is making her first start since winning the Kingsmill Championship two weeks ago in Virginia for her first PGA Tour title.

“It’s back to work and I feel great,” Salas said. “I’m really glad I took that week off to recharge my batteries.”

Jessica Korda also is in the field after winning in Mobile for her second victory of the year.

“I’ve kind of settled into it now,” Korda said. “I think after my second win I was really, really excited and it definitely kind of showed me that the first one wasn’t a fluke. This one, I felt more like myself. I felt really comfortable out there and I just knew how to go through all the motions and emotions.”

She’s comfortable on the Bay Course, though she has had to adjust to the softer greens.

“It’s in really good condition,” Korda said. “The rough is definitely very high this year and it’s going to be very important to stay in the fairway. I think the greens are in really good shape. They’re a little spongy, so definitely a lot different from last week where they were a little bit firm. So, had to get used to chipping into the green being a little bit more aggressive, just seeing a little different line.”

Last year in the event, Hall of Famer Karrie Webb won her first LPGA Tour title in two years, rallying for a two-stroke victory over Shanshan Feng. Webb won the Women’s Australian Open and Founders Cup this year to push her LPGA Tour victory total to 41.