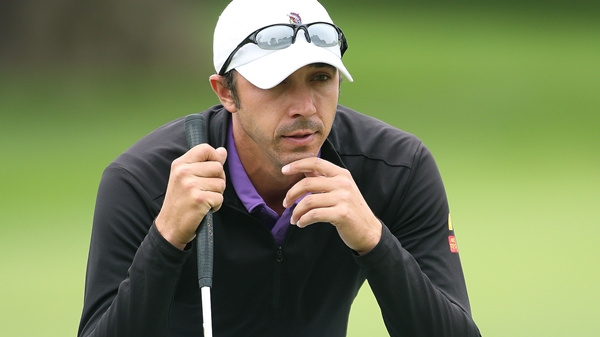 Victoria, BC – Yakima, Washington’s Brock Mackenzie rode a streak of five birdies in a row to card a 4-under 66 on Friday at Uplands Golf Club and build a two stroke advantage heading into the weekend at the Bayview Place Island Savings Open presented by Times Colonist.

The 2010 champion made a tricky up-and-down at the par-4 18th to keep his two shot cushion intact, a fact he knew would be significant heading into the weekend with a tightly-packed leaderboard. 10 players were within five shots of the lead after 36 holes, including five within three.

“You never want to finish a round where you grinded all day and you’re kind of exhausted by giving one back,” said Mackenzie. “Every stroke when you’re out in front is so important. It’s one more mistake that I can make and one less mistake than guys behind me can make.”

The 32-year old got off to a shaky start, going 1-over for his first seven holes before righting the ship in a big way. He carded five straight birdies on holes 8-12 to jump out in front and turn a tough round into a solid one.

“I was treading water,” said Mackenzie of his start. “The first seven holes I just was real scrappy. It was a nice stretch. I needed that.”

Calm winds and soft conditions in the morning gave way to swirling breezes and firm greens on Friday, setting up a test Mackenzie expected to see in the late afternoon on the weekend.

“It was playing tough, but that’s kind of what I’m going to expect for Saturday and Sunday too,” said Mackenzie. “It was good to get a taste of it, and I settled down during the middle of the round and started hitting some good shots.”

Two shots behind Mackenzie were North Dakota’s Josh Persons and New Mexico’s Tim Madigan at 9-under par, while Florida’s Michael Buttacavoli and California’s Jake Sarnoff were a shot further behind at 8-under. Vancouver Island native Riley Wheeldon of Comox, B.C., who finished third here last year, carded a 1-under 69 to sit tied for eighth heading into the weekend.