Mackenzie Hughes T5 heading into final round at RSM Classic 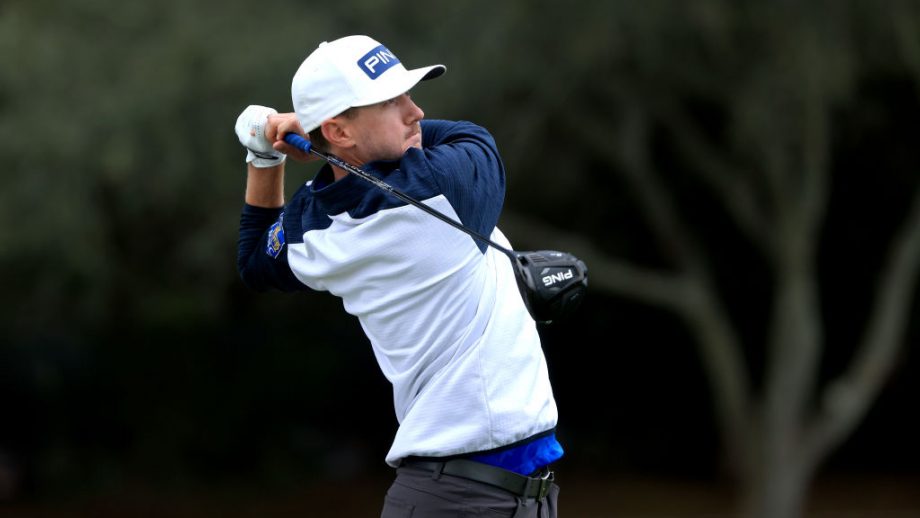 Mackenzie Hughes plays a shot on the 9th hole during the third round of The RSM Classic on in St Simons Island, Georgia. (Photo by Sam Greenwood/ Getty Images)
PGA TOUR Communications

ST. SIMONS ISLAND, Ga. – In his third round at the RSM Classic, Mackenzie Hughes hit 8 of 14 fairways and 14 of 18 greens in regulation, finishing at 11 under for the tournament.

Hughes finished his day tied for 5th at 11 under; Talor Gooch is in 1st at 16 under; Seamus Power and Sebastián Muñoz are tied for 2nd at 13 under; and Tom Hoge is in 4th at 12 under.

At the 415-yard par-4 second, Hughes got on in 2 and missed his par putt from 5 feet, finishing with a 3-putt bogey. This moved Hughes to 1 over for the round.

After hitting his tee shot into the native area, Hughes hit his next to the left side of the fairway. He hit his fifth shot to the green and had a one-putt for a bogey on the par-5 seventh. This moved Hughes to 1 over for the round.

On the 223-yard par-3 12th, Hughes hit the green off the tee but missed a birdie attempt from 7-feet taking a par. This left Hughes to 2 over for the round.

On the 565-yard par-5 15th hole, Hughes reached the green in 3 and sunk a 4-foot putt for birdie. This moved Hughes to 1 over for the round.

Corey Conners shot 2-over 72 to finish his day T20 while Taylor Pendrith and Michael Gligic both moved up the leaderboard to sit T26 heading into the final round.