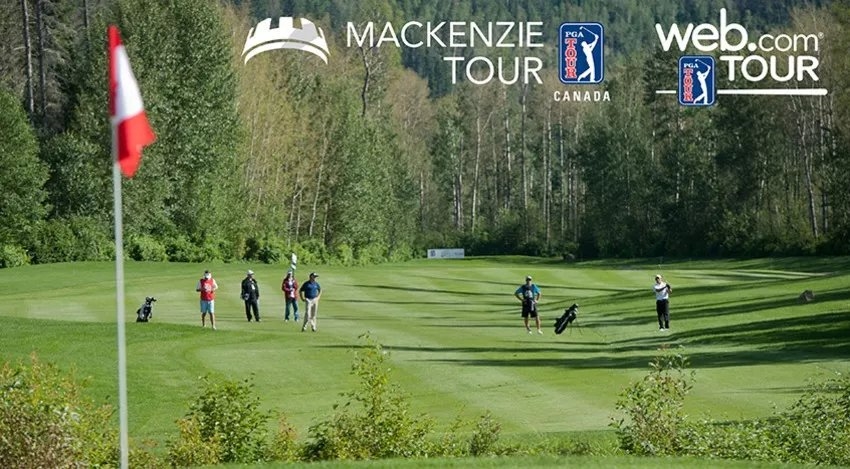 “We’ve always been touched by the support from the Fort McMurray community, from families billeting players at their homes to volunteers who put hard work and dedication into the event,” said Mackenzie Tour President Jeff Monday. “We look forward to seeing that spirit come through as the community recovers and gets back on its feet.”

Dry conditions and high temperatures in Fort McMurray over two weeks ago sparked a wildfire blaze that forced the evacuation of nearly 90,000 residents – one of the largest evacuations in Canadian history. The fire caused extensive damage to the clubhouse and course at Fort McMurray Golf Club.

“The tragic wildfires in Alberta have impacted many lives in one of the country’s great golf provinces. It is our hope that this joint donation between the Web.com Tour and the Mackenzie Tour will inspire others to follow suit, helping not only Fort McMurray, but the region as a whole, in an extreme time of need,” said Web.com Tour President Bill Calfee.

In addition to the donation put forth by the Web.com Tour and the Mackenzie Tour, players will show their support over the next two weeks by pledging a donation amount for each birdie they make, and asking fans to do the same.

All donations put forth by the Tours and raised by players and fans will be directed towards the United Way of Canada, through the PGA TOUR Charities, Inc.

The Mackenzie Tour will kick off its 2016 season with the Freedom 55 Financial Open, to be contested May 26-29 in Vancouver. Participating players at each event will set a dollar amount to donate for each birdie made, and fans will be able to match that number or contribute a set amount to pledge their support.

“I’m really pleased that the Web.com Tour and the membership are coming together to support such a worthy cause. A lot of us are Mackenzie Tour alums, and thus played in Fort McMurray. As well, many of us stayed with host families there, in homes we can only assume are now gone or badly damaged,” said Web.com Tour member and Alberta native Brad Fritsch. “What we are doing this week is a small token of our gratitude towards the Fort McMurray community. They support professional golf and golfers, so it is incumbent upon us to step up and help them in their time of need. Hopefully we can raise a whole lot of money and help with the process of rebuilding their lives.”

“The people in Fort McMurray have been so supportive of Mackenzie Tour players and always welcomed us into their community with open arms. Hopefully we can make some birdies and help raise a bunch of money to support and give back to a place that’s given us so much over the years,” said 2015 Syncrude Boreal Open presented by AECON champion Kevin Spooner.