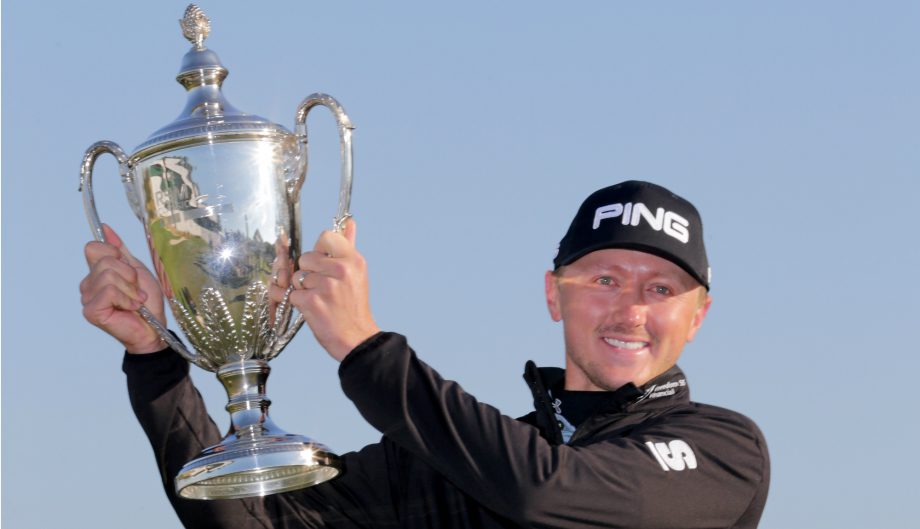 Hours after sinking his winning playoff putt at the RSM Classic, after most fans had left the golf course, after running through the media gauntlet, Mackenzie Hughes was finally getting into his car to head home. His mother, Sandra, and wife Jenna were with him, the trio likely worn out from a whirlwind week in Sea Island, Ga.

Four rounds in the 60s — including a sparkling opening-round 61 — and a Monday finish had flipped Hughes’ life upside down but the newly crowned PGA Tour champion wasn’t ready to celebrate just yet. From the car, he dialed Derek Ingram.

“First thing he said was, ‘We’re going to the Masters!’ recounts Ingram, Team Canada’s national men’s coach. “But 15 minutes into the conversation his tone switches and he’s like, ‘D.I., we gotta change my schedule this year and the way we plan. We gotta reset my goals for this year, I really want to do something special so I want to get together in the next day or two to take a look at that plan, the schedule and our goals.’”

In that moment, Ingram was astonished by Hughes’ professional attitude and forward-thinking focus. He loved that the PGA Tour rookie was already mentally gearing up for The Masters, The Players, the PGA Championship and the FedEx Cup. But the more Ingram reflected on the conversation, the less surprising the remarks became.

Hughes has always been regarded as mature beyond his years. Friends describe him with glowing terms like smart, calculated, disciplined, modest and polite. He exhibits those qualities on and off the golf course, polishing his game and producing high results in the process.

“It never ceases to amaze me how good he is at preparing and practising,” adds Ingram.

“He’s always been a guy that has had the right habits and done the right things.”

Hughes’ tactical technique has been sharpened over the years from working with his personal coach, Scott Cowx, and experience with Golf Canada’s amateur and Young Pro squads. It’s allowed him to be solid in every category instead of excelling in one. That approach, combined with the fervent focus he exudes, has been validated time and again, including his first year as a professional in 2013 when he won the Mackenzie Tour-PGA Tour Canada’s Cape Breton Celtic Classic at The Lakes GC in Ben Eoin, N.S., and, ultimately, that circuit’s Order of Merit.

During that breakout week in Cape Breton, Hughes housed in the basement of billet family Rick and Sharon Preeper’s three-bedroom bungalow.

“He’d practise, have his round, and he might be back at the house before we were,” recalls Sharon. “At night there were a few parties that were happening and he wasn’t interested in that. He was just here to play golf and he was very, very focused on what he was doing.”

“After the tournament I went downstairs and found 10 or 11 golf balls under the couch,” explains Rick. “He was downstairs putting on the carpet and he’d accidentally putt them under the furniture.”

The Preepers still correspond every month with Hughes, who stayed in their home the following two years of the tournament as well. They have all four rounds of the RSM Classic still recorded on their TV — Sharon admits she was so nervous for Hughes that she couldn’t sleep at all the night before the Monday playoff — and are just two of the countless Canadians spurring on the golfer.

“A lot of people at The Lakes are big followers of Mackenzie also,” she says. “In November when he was playing in the tournament and he was doing so well, we would get Facebook messages and texts from our friends and some of the people out there and everybody was rooting for him. And I think that speaks volumes for people who met him once or twice.”

For those who’ve dealt with Mackenzie on more than one or two occasions, they know first-hand the 27-year-old’s strong work ethic and hunger for success. John Kirkwood, the head professional at Hughes’ home club of Dundas Valley G&CC, has witnessed this internal drive for nearly 20 years. He first met Mackenzie when he was a junior member and would give him rides home after work.

Kirkwood describes the Dundas, Ont., native, who had to write to NCAA coaches in order to secure a scholarship at Kent State University, as an “I’m gonna make it kind of kid.” Hughes’ ascension to the PGA Tour and ensuing victory not only backed up that attitude, but also delighted the membership at Dundas Valley.

“To be honest, it’s killing my productivity at the club because every single member has a Mackenzie story,” Kirkwood explains. “Every single person wants to talk about it. Which is amazing, and I’m one that loves to talk as it is, but everybody was over-the-moon excited.”

Like all golfers representing the red-and-white, Hughes’ achievements have rallied fans from coast to coast. As a kid, he attended a handful of Canadian Opens to witness his heroes in person, including Mike Weir, whose multiple victories, most notably his major triumph in 2003, Hughes remembers fondly. Now he’s the player inside the ropes kids will idolize. His humbleness and dedication make him that much more likable, in line with most of the great Canadian athletes we’ve celebrated before him.

“I felt all the support in Canada and all around the world a little bit because I’ve been around,” Hughes said after the victory. “The people supporting me this week and to win it for them, to win it for my hometown of Dundas, it’s just an incredible feeling. To lead all week but to have to do it in a five-man playoff, I can’t put it into words.”

Now his focus shifts forward as one of Canada’s top-ranked male players. What will he do next? How will he play at Augusta? When will he win again? Can he win a major? Those questions will be answered. But for now, as Ingram expected to hear on that phone call in November, let’s relish another deserving athlete etching himself into our national history. He’s the 16th — asterisks noted — Canadian to win a PGA Tour event.

“It’s probably the most satisfied and happy I’ve felt for a player, maybe ever, in the 20 years I’ve been doing this,” Ingram states. “It happened for the right guy. He’s done everything right, worked harder than everybody and he’s also the most coachable individual I’ve ever had the opportunity to work with.”