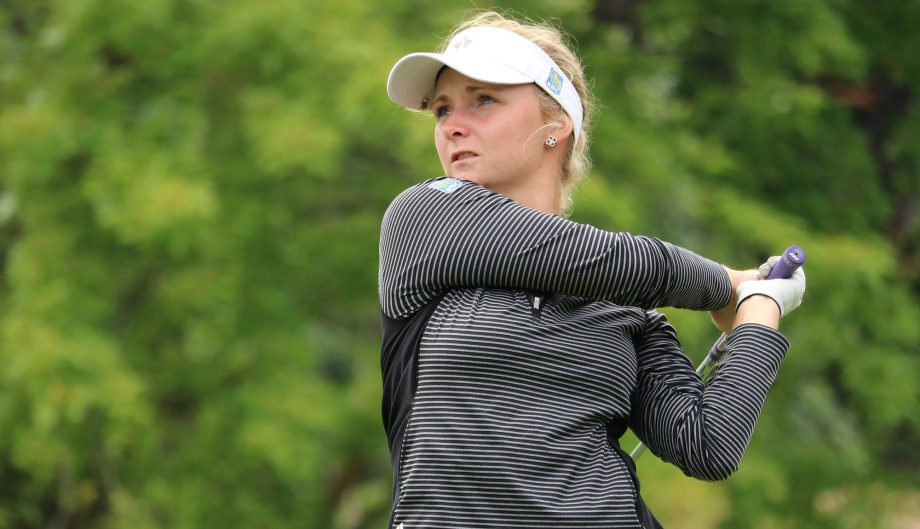 Maddie Szeryk’s recent success on the golf course not only provides reason for optimism amongst her supporters, but it also offers an indication of a bright future ahead for the amateur standout as a professional.

Currently in her senior year at Texas A&M University, the 21-year-old is eager to follow up on her record-setting junior year.

In her 2016-2017 season with the Aggies, the Canadian national team member ranked fourth in the NCAA with a school-record 71.24 season stroke average.

Overall, Szeryk had nine top-10 finishes and six top-5 finishes in 12 events. Perhaps the biggest highlight of her junior year came in March when Szeryk captured the Dr. Donnis Thompson Invitational in Hawaii with a score of 9 under par.

After completing her junior year in May, the national team member continued her stellar play into June as she won the Western Women’s Golf Association Amateur Championship at the River Forest Country Club – becoming the first Canadian to do so.

Later that month Szeryk would go on to capture the B.C. Women’s Amateur by finishing at 9 under par – winning the tournament by four strokes.

“I’m just really happy about being able to play at a level where I’m always in contention.  I’m just trying to play consistent and steady golf and it’s good to know that I’ve been able to do that recently,” said Szeryk during an interview in August at the CP Women’s Open.

Looking back on her journey thus far, the 21-year-old is quick to credit her dad for getting her started.

“I started when I was about seven. My dad played a little bit and he took me out one time just to hang out with him and I was like ‘oh I want to try it out also’ and I really liked it,” recalled Szeryk who is a dual citizen of Canada and the United States.

Born in Allen, Texas, Szeryk – whose parents Neil and Karen relocated from London, Ont., just after getting married – took some time during the CP Women’s Open to reflect on her humble beginnings.

“I remember my dad initially signed me up for lessons at a summer camp and I went out with everyone; and then after I got an individual coach. I really liked the sport and I’ve been doing it ever since,” she said.

Szeryk is proud of her strong blood ties to the London, Ont. area.

“I grew up in the Dallas area but was back and forth from Dallas and London quite a lot as a kid.  I love going back to London to see all my relatives there,” she said.

As a youngster growing up, Szeryk not only found her passion on the links, but she also found a lot of success as well.

“I remember really enjoying being out on the golf course and I also remember winning a lot of local tournaments growing up and it made me want to stick with it; and I just wanted work as hard as I could to continue getting better,” said Szeryk, who today holds the distinction as Canada’s top amateur golfer.

Now in her fourth year with the national team program, Szeryk says she’s benefitted a great deal from her time on the team.

“We have a great coach in Tristan and have so much support in all aspects of our game. Being on the national team has given me the opportunity to travel and compete in so many prestigious tournaments around the world that I would not otherwise has a chance to,” she said. “It’s definitely played a big part in my development as a golfer.”

Canadian women’s national team head coach, Tristan Mullally, is someone who is familiar with Szeryk’s game and speaks very highly of it.

“Maddie is someone who is very aggressive and gets it close to the greens and is a fantastic putter. Once she gets it going, she can get it super low,” said Mullally about Szeryk who won the 2013 Canadian Junior Girls title and the 2015 Ontario Amateur title.

Mullally notes that since joining the national team program, Szeryk has been able to elevate her game to another level.

“She’s gotten a lot more consistent.  In the past she’s been sort of streaky. She would play extremely well in a tournament and then not so well in the next one. But this year she’s been super consistent.”

Mullally is also glad to see the 21-year-old gain valuable experience playing with the world’s best professionals this year as she competed in the Manulife LPGA Classic in June, the U.S. Women’s Open in July and the CP Women’s Open in August.

“She fired a 5 under in the second round of the Manulife which was very impressive; and she got to play in the U.S. Open and the CP Women’s Open so she’s had a chance to experience the travel and get a taste of what life would be as a pro,” he noted.

“It’s a big learning journey for her to go through and it’s great that she’s been able to get a bit of a head start.”

Mullally believes the amateur standout has the talent and all the intangibles to translate her amateur success onto the professional ranks when the time comes.

“I know she’s got goals to be on the LPGA and she’s played awesome recently and has gotten a lot of valuable experience that’s going to help her on that journey,” said Mullally.

“She’s definitely trending in the right direction and she’s a fierce competitor so if she keeps doing what she’s doing and continues to work hard then she’s going to have a bright future ahead as a professional.”