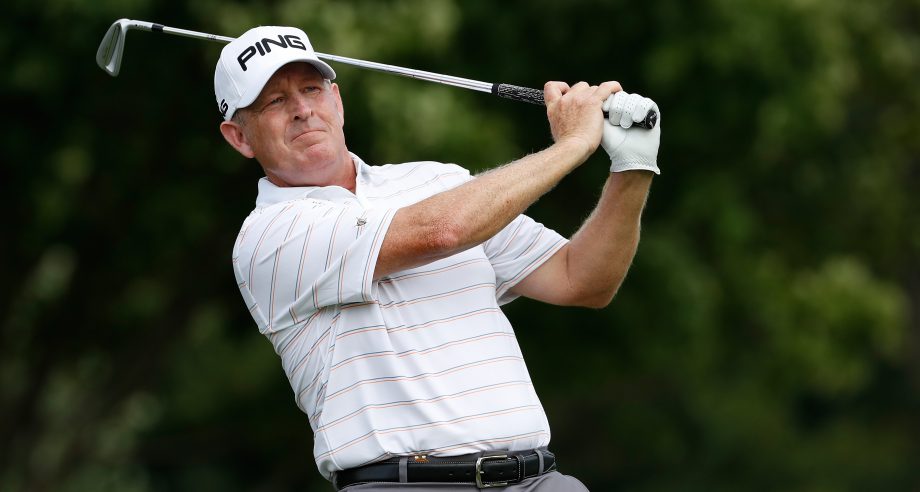 CALGARY – Jeff Maggert shot his second straight round of 7-under 63 at Canyon Meadows Golf and Country Club on Saturday to move atop the Shaw Charity Classic leaderboard.

The defending champion has the outright lead at 14 under through two rounds of play at the PGA Tour Champions event.

Maggert is three shots clear of Carlos Franco, who also carded a 63, to get to 10 under. Charles Schwab Cup standings leader Bernhard Langer shot his second straight round of 65 to finish Round 2 at 10 under and in third place.

“Jeff Maggert is a good friend of mine, too, and he played well,” said Franco. “I know he’s a fantastic player, but I’m prepared to come strong tomorrow.”

Michael Allen followed up his opening-round 67 with a 64 on Saturday and is tied for fourth at 9 under with Fred Funk and Jose Coceres. After paring the first hole, Allen reeled off five straight birdies before cooling off a bit on the back nine.

“Maggert’s a tough competitor. When he plays well, he doesn’t make a whole lot of mistakes,” said Allen, who teed off almost two hours ahead of the leaders. “If he’s leading by three or four, it’s going to be hard to catch him, that’s for sure.”

Rod Spittle of Niagara Falls, Ont., had a solid round of 4-under 66 to move into a tie for 18th spot overall at 6 under heading into Sunday’s final round.

“I just hit it in the fairway and probably hit a few more greens today,” said Spittle, who had a chance to get to 7 under, but he missed a short putt for birdie on the par-5 18th hole.

“It would be nice to have a do-over. It wasn’t a very good effort. The third shot was probably closer than the fourth one. I made my fair share today. It would have been nice to finish that way. We’ll see what we can do tomorrow.”

Victoria’s Jim Rutledge and Vancouver’s Stephen Ames are sitting well back in a tie for 66th place at 2 over after shooting rounds of 73 and 72 respectively.