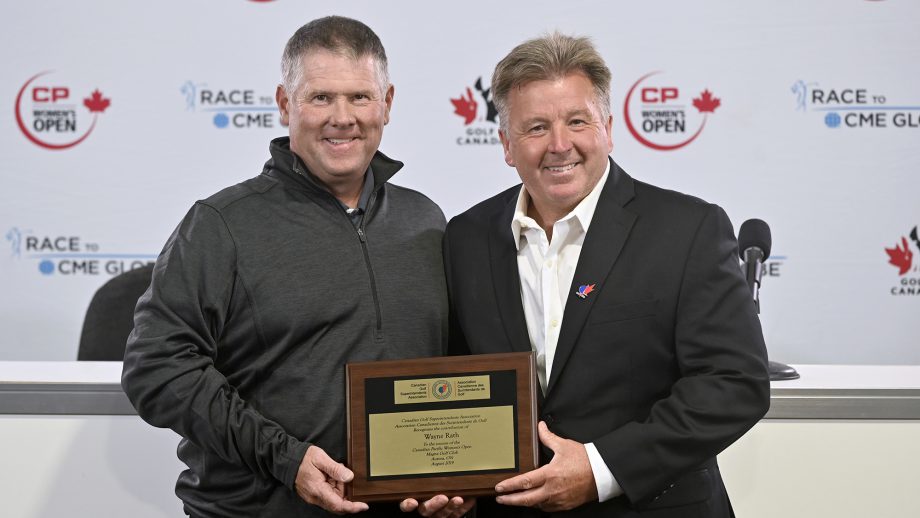 Wayne Rath, longtime Superintendent of Magna Golf Club, knows what it takes to host a championship, and to beautify a course for the lights of TV coverage.

Magna is definitely a crowning achievement, and he and his team have done a fantastic job prepping the grounds for the best players in the world.

But one thing they haven’t been doing is cutting the rough. Nelly Korda and Maria Fassi, LPGA Tour phenoms, have both commented that long stuff around Magna is some of the thickest they’ve had on Tour this year. On a schedule that’s already hosted five Major Championships, that bodes well for the fun of the fans in attendance, and those watching on TSN at home.

Wayne and his team have no plans to cut the rough either. “It’s healthy, thick, probably playing at a half-shot penalty for these girls. But we’re not really going to touch it, we want to focus on the short grass the rest of the week.”

But that won’t stop the players from going low. After all, Magna is hosting one of the best fields outside the Majors on the entire LPGA schedule. “It’s hard to say what they’ll shoot, but if they hit the fairway, and give themselves around 140-yard approaches all week, the greens are big enough and soft enough that they could go low.”

When pushed, Wayne eluded that around 20-under par could be the number, but they have to make sure to stay out of the bunkers. Ninety-six different sand traps covering 28,000 square feet takes up a lot of the team’s maintenance hours, but Wayne is “proud” of how much work his team has put in during the preparation for the event.

When the subject matter changed to focus on the best holes on the course, Wayne has to be diplomatic of course, but his personal favourites as a player, Superintendent and course architecture fan are sixteen and nine, for the challenge they present to the player and the uniqueness of their aesthetic.

Besides that, he thinks that five and fifteen are the best fan viewing experience, as they are both short par-4’s where players can bomb drivers or play positional iron shots, and as a fan from the rope line, you can see all four shots from the same place, and see the way different players and different playing styles dissect the challenge before them. It’s “a real decision-making hole,” says Rath, “it will be interesting to see how the girls choose to play it.”

One more notable spot is the par-5 14th hole, an uphill par which Rath says “is by far the prettiest, up on that hill the view is just gorgeous.”

The course is ready, the fans are excited, and the players are getting dialled in, its championship week from Magna Golf Club and the CP Women’s Open.

Thank you to all the grounds crew and their fearless leader, Wayne Rath, for setting the stage to what will surely be a shining moment in Canadian Golf.