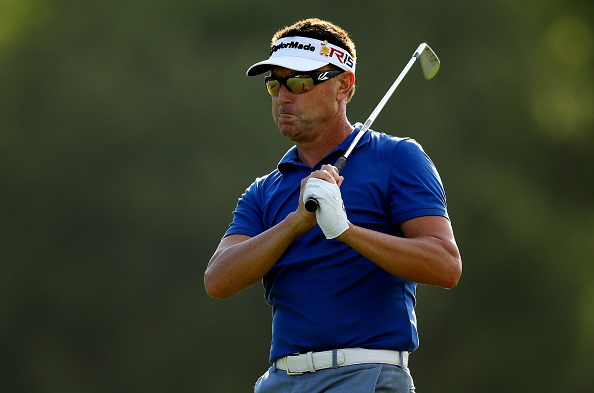 HONOLULU – A Hawaii man has been sentenced to five years in prison for using Robert Allenby’s credit cards after the professional golfer said he was robbed and beaten in Honolulu.

According to the Honolulu prosecutor’s office, Owen Harbison was sentenced Wednesday.

He was arrested in February on identity theft and other charges. He pleaded guilty in June to using Allenby’s credit cards and ID to make purchases, including gift cards, jewelry and clothing.

Allenby recounted a bizarre saga earlier this year of having no memory of what happened for 2 1/2 hours after he left a Honolulu restaurant in January. He had missed the cut at the Sony Open and went to dinner. He said he later woke up in a park with a bloodied face.