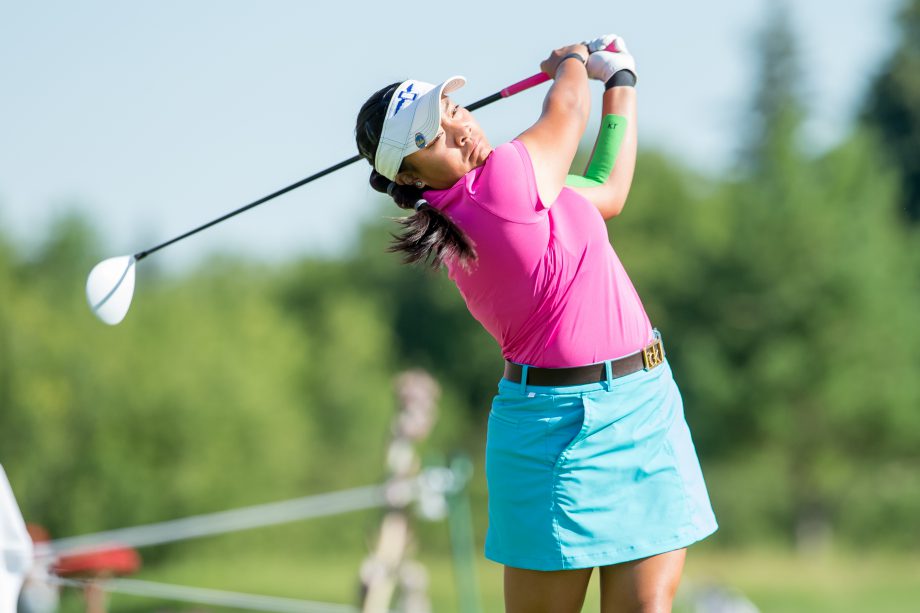 The 102nd edition of the championship came down to the final hole between Galdiano and Bethany Wu of Diamond Bar, Calif., with both at 5-under par for the tournament. The 17-year-old Galdiano made par to claim the title as Wu carded a bogey.

“For tournaments, I don’t really focus on ‘I have to win’ or ‘I need to do this or I need to do that,” explained Galdiano, who held the opening-round lead, but needed a strong final day to secure the victory. “Having the lead after the first round was nice, but I knew it was far from over. My mind set was just staying focus and doing well.”

The UCLA commit carded 16 birdies throughout the 72-hole tournament, including three on her last nine holes to close out the competition. The victory earned Galdiano exemptions into the 2015 Canadian Pacific Women’s Open and the U.S. Women’s Amateur Championship.

Galdiano was at a loss for words when asked to reflect on competing in Canada’s National Women’s Open Championship. “Wow, I don’t know. I usually just qualify for the U.S. Open, but being able to qualify for the Canadian Pacific Women’s Open, that’s pretty awesome.”

Finishing in solo-second was No. 5-ranked Bethany Wu. The 18-year-old entered the final round in a four-way tie for first and put up a valiant effort, carding three birdies on the back-nine. The Californian finished one-shot short at 4-under 284 for the championship.

Peru’s Lucia Gutierrez, Lauren Greenlief of Reston, Va., and Maple Grove, Minn., native Sarah Burnham completed the tournament in a three-way tie for third at 1-under 287.

Team Canada National Amateur Squad member Maddie Szeryk of London, Ont., completed the competition with a 4-under 68 to mark her low round for the tournament. The 19-year-old moved up nine spots into a three-way tie for sixth and finished as low Canadian.

“I knew I had to shoot really low to get it even close, so I just went for everything,” said Szeryk. “It means a lot to me to be able to come in the Top-10 and be the low Canadian, especially in the Canadian Amateur.”

Galdiano will now turn her attention to the 2015 Canadian Pacific Women’s Open, to be played at The Vancouver Club in Coquitlam, B.C. The 43rd playing of Canada’s National Women’s Open Championship is set to take place August 17-23.