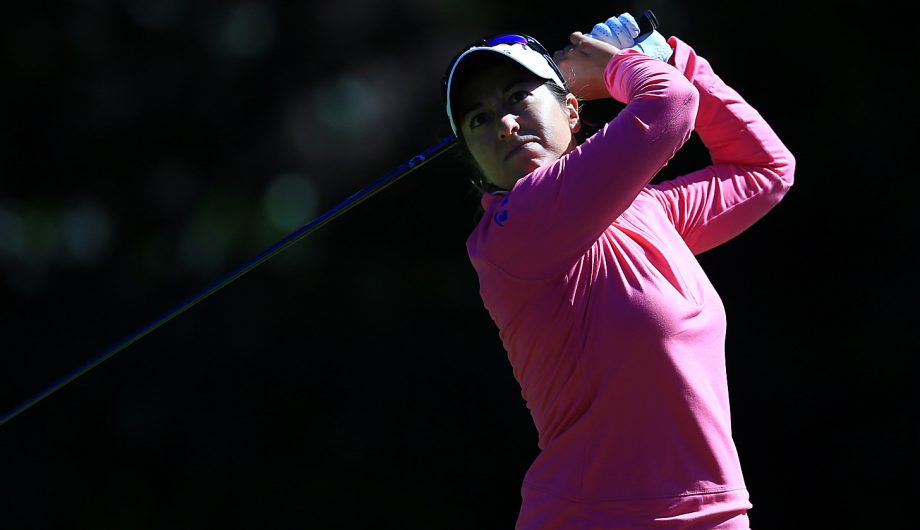 OTTAWA – Playing professional golf isn’t that much different from having a standard 9-5 job. There’s a similar litany of problems. In the first round of the CP Women’s Open, it was a traffic jam.

Marina Alex had four birdies on the back nine and finished 5-under 66 to take the clubhouse lead at the Women’s Open on Thursday and held on to a one-stroke lead by the end of the round in part thanks to high winds. Those gusts forced golfers to take more time on their drives and approach shots which slowed down the pace of play at the Ottawa Hunt and Golf Club.

“It was kind of hard to get momentum, I think, for any of us because we would sit on the tee box and wait sometimes three and four minutes,” said Alex, who said the pace of play was slow from her second hole on. “It’s just hard to get a good group, and if you have a good group, it really kind of gets disrupted, so it’s tough.

Putts dropping on day 1 was the key for @Marina_Deee to hold the current lead at the #CPWO! Watch her post-round interview pic.twitter.com/M5vZD3ePWV

Weather has played a big role in the Women’s Open. Tuesday’s practice rounds were called off after a rainstorm drenched the course. Winds during the storm blew down some trees in the area and delayed or detoured flights at nearby Ottawa Macdonald-Cartier International Airport.

Despite the rain, greens were very fast on Thursday. Alex said that it was easy getting optimal shots in the morning until the wind picked up and started messing with drives.

“I thought that (the greens) were almost just as fast as what we played at the U.S. Open,” said Alex. “They are rolling unbelievably well. Really quick. The nice thing is they’re still a bit soft, so the shots are holding into the greens, so it kind of makes for a good combo.

“You can hit shots in there pretty tight, and then you have really nice pace to hold them.”

Holly Clyburn, who started on the back nine, eagled on her final hole in the afternoon to enter into a tie with In Gee Chun, who fired a bogey-free 4-under 67 to sit second in the morning group.

Clyburn hoped her strong finish on No. 9 would give her momentum into the second round of play.

“I’ve just been waiting for something to drop like that all day, actually. I played solid all day, and that was just a nice present on the last, really,” said Clyburn. “Just missed a few birdie putts out there, and hit a nice 5-wood in there and holed that putt.”

Maude-Aimee Leblanc of Sherbrooke, Que., Brittany Marchand of Orangeville, Ont., and Augusta James of Bath, Ont., were the low Canadians on Thursday at 2-over 73.

Calgary’s Jennifer Ha and superstar Brooke Henderson of nearby Smiths Falls, Ont., finished their rounds at 3-over par. Henderson had the opposite day of Alex, with her drives on target but her putts failing to drop.

“I hit the ball for the majority extremely well and just the putter kind of let me down at times,” said Henderson, who had a large crowd following her from hole to hole. “But you know, the crowds were amazing. There was a lot of great things happening out there, and like I said, my ball-striking was awesome. It was like right on, and just hopefully tomorrow I can make a couple more of those 10-footers, 15-footers, and then we’ll see what happens.”

She then went to the practice green to “teach (her putter) a lesson.”

Amateur Jaclyn Lee of Calgary was 4 over, Quebec City’s Anne-Catherine Tanguay was 5 over, Samantha Richdale of Kelowna, B.C., was 6 over, Hamilton’s Alena Sharp and Hannah Hellyer of Sterling, Ont., tied at 7 over. Amateur Maddie Szeryk of London, Ont., was 8 over.

Charlottetown’s Lorie Kane tied with amateur Grace St. Germain of Ottawa at 9 over, while Victoria amateur Naomi Ko finished at 12 over.