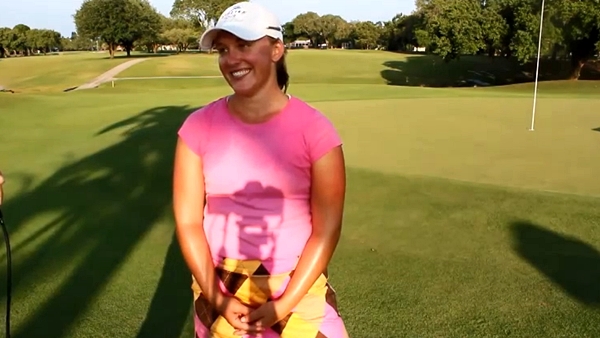 The 24-year-old Steen birdied the final two holes of regulation at Sara Bay for a 3-under 69 to finish at 3-under 213 and got into the playoff when Feng closed with a par for a 73.

They matched pars on the par-5 18th on the first four playoff holes before Steen finally won.

“To get the job done and seal the deal, it is really surreal right now,” Steen said. “I looked at my caddie when I was done and said, `Oh, my gosh, I won.’ … It was a great week from start to finish. This is my third playoff, so it feels good to finally get the job done.”

“I kept telling myself that if you put yourself in contention, good things are going to happen and it finally did today,” said Steen, a former University of Memphis player from West Chester, Ohio.

Steen began the round four strokes behind the 18-year-old Feng, the winner of the Florida’s Natural Charity Classic in March at Lake Wales.