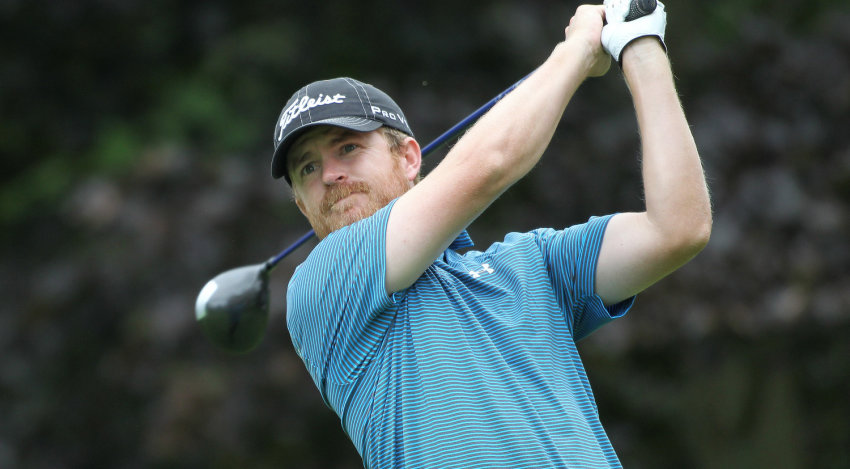 THUNDER BAY, Ont. — Two weeks ago, Matt Marshall was on the verge of quitting professional golf. After Thursday’s opening round in Thunder Bay, he finds himself in a completely different place: co-leading the Staal Foundation Open presented by Tbaytel.

Thanks to some support from friends and family and a timely dream, the 30-year old from Portland, Oregon finds himself tied for the lead after shooting an 8-under 64 to share the first round lead with Burlington, Ontario’s Michael Gligic at the sixth event of the 2015 Mackenzie Tour – PGA TOUR Canada season.

“After Saskatoon, I almost quit. I almost left the game. So, to be here right now is kind of a big 180 for me,” said Marshall, who found himself questioning his role in the game following a missed cut at the SIGA Dakota Dunes Open presented by SaskTel. After friends and family convinced him over the phone to stick it out for a while longer, the seven-year Mackenzie Tour veteran had a dream that appears to have changed his fortunes.

“I literally had a dream that I needed to switch to a Scotty Cameron putter, so I bought one the next day, and since then I’ve been making a lot of putts,” said Marshall, who made his first cut of the season last week at The Players Cup and finished T25. “I’ve been grinding out here for a while, and it all just kind of hit me in Saskatoon. I wasn’t sure if I wanted to keep playing. I called everyone in my family and everyone I’m close to for advice and stuff, and they told me to stick it out for a couple more weeks, and here I am.”

Marshall’s 64, which included nine birdies to offset just a single bogey, tied him with the 25-year old Gligic, who defeated Marshall in a playoff at the 2012 ATB Financial Classic, the only Mackenzie Tour win between the two players.

“I got off to a good start. The irons were great, and what’s been kind of holding me back lately is the putter, and it was nice to see everything going in today,” said Gligic. “There’s still 54 holes left with a heck of a lot of good players behind me, so I can’t let off the gas at all by any means. I need to keep going and keep making birdies tomorrow.”

One shot behind Marshall and Gligic was Ostego, Minnesota native Clayton Rask, who rebounded from an early triple bogey with 10 birdies for a 7-under 65. The start of round one was delayed for an hour due to lightning in the area.