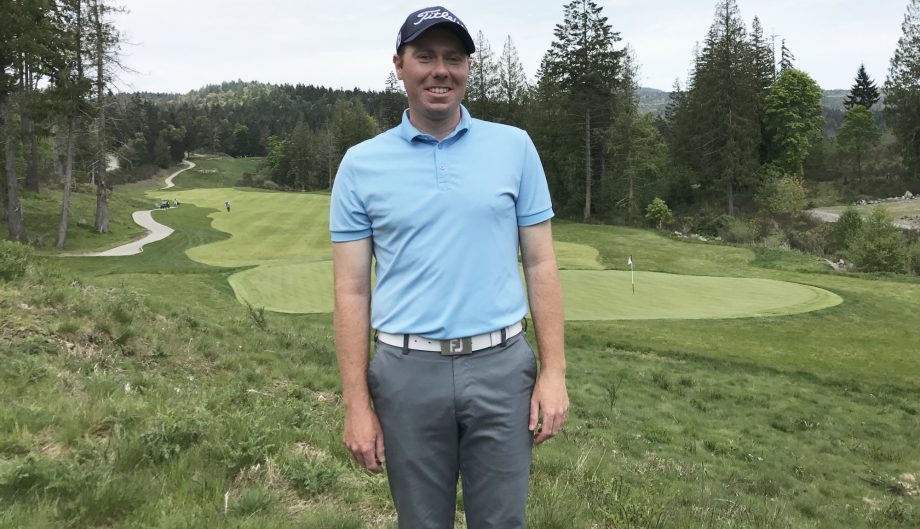 “I’ve been striking the ball really well the last two weeks,” said Martin. “At Mackenzie Tour Q-School last week I finished with a 70 on the last day and putted really well too, so I just carried that momentum through to today.”

Martin started off strong and never looked back. He finished the front-nine with a scorching 5-under par 30, making back-to-back birdies on holes three and four, another birdie on eight, and holing out for eagle on nine.

Riding the momentum of earning an exemption for the first four events of the season at Mackenzie Tour – PGA TOUR Canada Q-School last week, Barron started off hot as well.

He birdied four of his first five holes and didn’t drop a stroke until recording back-to-back bogeys on 15 and 16. He then closed with consecutive birdies on 17 and 18.

Thirty-two local and international golfers in total competed for one of six spots to move on to the final RBC Canadian Open Qualifier at Heron Point Golf Links in Ancaster, Ont., on July 24.

In addition to Martin and Barron, four others earned a spot at the final qualifier.

Lucas Herbert, who finished 32nd on the PGA of Australia Order of Merit in 2016, fired 2-under par 69, good for solo third.

Riley Wheeldon, the 2016 medallist from Comox, B.C., Danny Sahl, from Sherwood Park, Alta., and Chile’s Horacio Leon, who’s coming off a win at Mackenzie Tour PGA of Canada Q-School last week, all recorded 1-under par 70’s to round out the six golfers to advance.

In total, there are three regional qualifying events, each consisting of 18 holes of stroke play. Provided that there are 100 or more players in the field, the low qualifier receives an exemption directly into the 2017 RBC Canadian Open.

Otherwise, the top 15 percent of finishers at each qualifier become eligible to compete at the final qualifying event, as was the case at Bear Mountain.

There are two more regional qualifying events before the final qualifier: