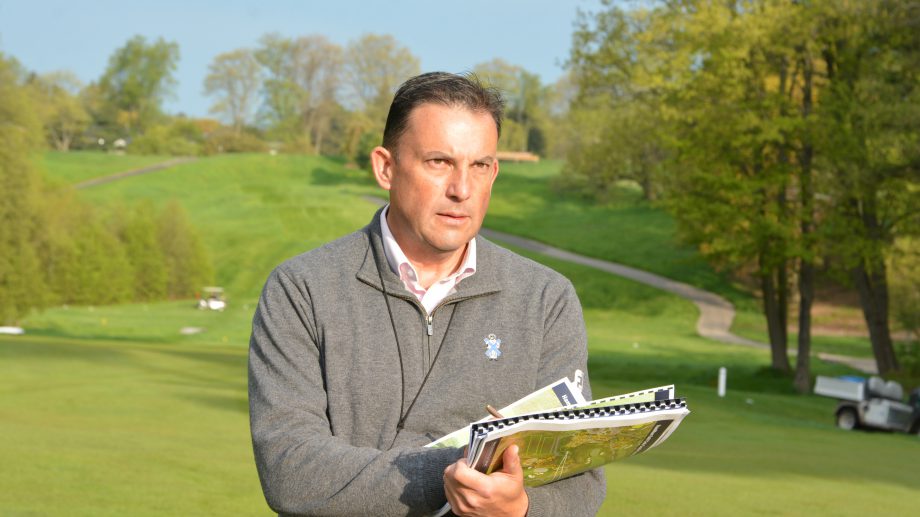 Noted English Golf Course Architect, Martin Ebert, a partner in the firm, will oversee the re-investment in the course assets to all 27 holes as the club modernizes its bunkers, greens and irrigation system over a two-year period.

“When Harry Colt visited Hamilton G&CC in the spring of 1914 he developed the brilliant layout that you see before you today, but he never returned during construction or to see the finished project,” says Ebert, who was first hired as HGCC’s consulting architect in 2014. “As part of the renewal of the golf course assets, our goal is to strengthen the character and original design philosophy of this wonderful Colt masterpiece for members and all golfers to enjoy.”

The club has an original set of hand sketched Colt drawings that have been used as a guideline for the changes and will draw on Mackenzie & Ebert’s vast knowledge of other Colt courses to fine-tune the holes. The firm currently advise seven of the 10 current Open Championship venues including Royal Portrush, which will host The Open later this summer.

“The improvements that will be implemented acknowledge that the course is a private members’ facility for the vast majority of life and the adjustments are designed to enhance the overall member experience,” says Ebert. “We would also like to create a fitting test for the finest players when they come to compete at the Canadian Open and other championships.”

Important to the membership and the project is the commitment by the club to keep 18 holes open for play at all times through the use of temporary greens. One of the championship nines will close in September, while the other 18 holes will remain open throughout the fall. Construction will progress continuously through the remaining nines and is expected to be completed by the spring of 2021 to allow for grown-in. The RBC Canadian Open is slated to return to HGCC in 2023.

The Golf Course Improvement Plan is the No. 1 priority within the club’s Long-Range Master Plan – Vision 2030 – the document will be finalized and presented to the membership later this year. As part of the Golf Course Improvement Plan, a 30-year-old irrigation system will be replaced with leading edge technology. The Poa Anna turf greens will be converted to Bentgrass and constructed to modern standards with multiple pin placement opportunities. The bunkers will be constructed using the latest techniques and in the spirit of the original Colt design with adjustments for today’s modern era.