Martin Kaymer moves into share of lead at Italian Open 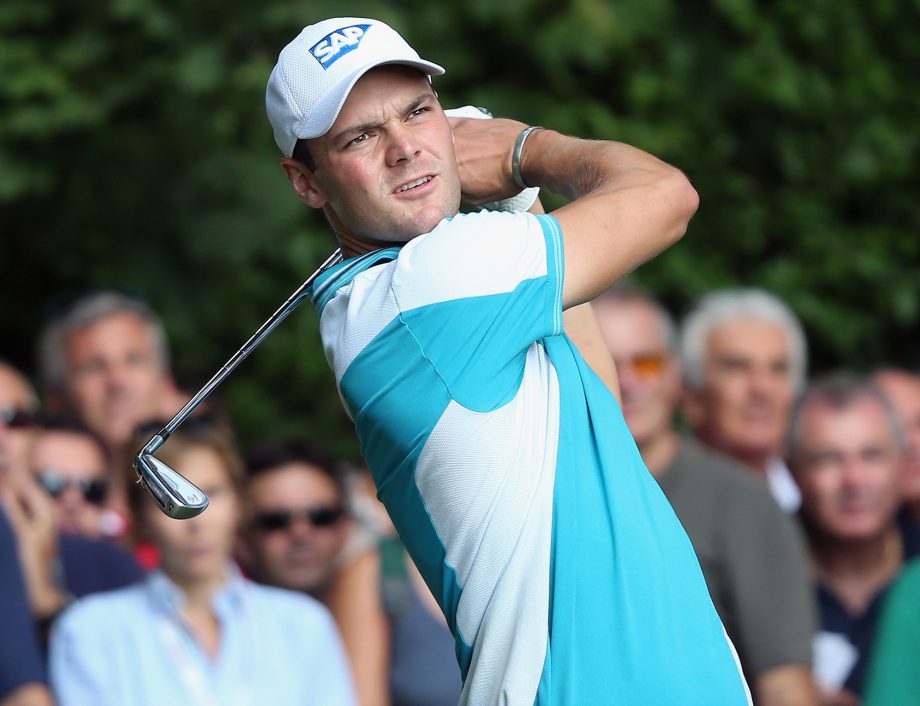 MONZA, Italy – Martin Kaymer opened with four straight birdies on his way to a 7-under 65 Saturday to grab a share of the lead after the third round of the Italian Open.

The former top-ranked German had his lone bogey on the fifth but added another four birdies to sit tied with Jens Fahrbring of Sweden and Frenchman Romain Wattel atop the leaderboard with a 17-under total of 199.

“I am looking forward to tomorrow – it will be a challenge to myself and a challenge to beat my opponents,” said Kaymer, who is looking for a first win since triumphing at last year’s U.S. Open. “I am up there with a chance to win on Sunday and that’s all you want at the end of the day.”

Fahrbring, who led overnight with Lucas Bjerregaard of Denmark, had seven birdies but dropped three shots on his way to a 68.

Wattel had spent most of the day in the chasing pack and made the turn in 35, but a birdie on the 13th gave him a boost and he eagled the next hole before further gains on the 16th and 17th on his way to a 66.

The trio is two shots ahead of Fabrizio Zanotti of Paraguay (68), Bjerregaard (70) and Austrian Bernd Wiesberger (67).