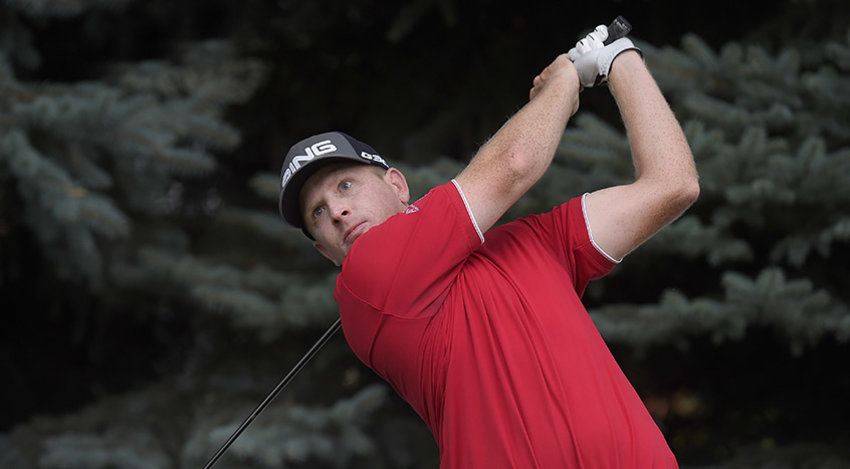 Piller shot a 4-under 67 at Hillcrest Country Club for a 28-under 256 total, the second-lowest 72-hole score in Web.com Tour history and the third-best mark in relation to par.

“It means everything. The last couple of years have been tough,” Piller said. “I think this validates that if I play good I can be in contention.”

Steve Wheatcroft set the tour record of 255 in the 2011 Prince George’s County Open, finishing at 29 under, and Daniel Chopra was 30 under on a par-72 course in the 2004 Henrico County Open.

Piller broke the tournament mark of 24-under 260 set last year by playoff winner Wheatcroft and Steven Alker. The 29-year-old Dallas player won by six strokes to tie the event record set by Tim Clark in 2000 and matched by Roger Tambellini in 2003.

“Sometimes you think, `Will I ever get back to the PGA Tour,” Piller said. “The fact that this happened, it gives me certainly a lot of confidence and belief that when I do play well I can be in contention and win tournaments.”

His wife, Gerina Piller, is an LPGA Tour player.

“The first thing I thought about was my wife and just the way she supported me all these years,” Piller said. “That’s what I was thinking about mostly when I was walking up 18.”

Cody Gribble and Jin Park tied for third at 21 under. Gribble had a 62, the best round of the day, and Park shot a 67.

Brad Fritsch posted a final round 65 to move up the leaderboard and finish T30 alongside fellow Canadian Ryan Yip. Adam Svensson finished the competition at 10-under and T57. Wes Heffernan finished T70.