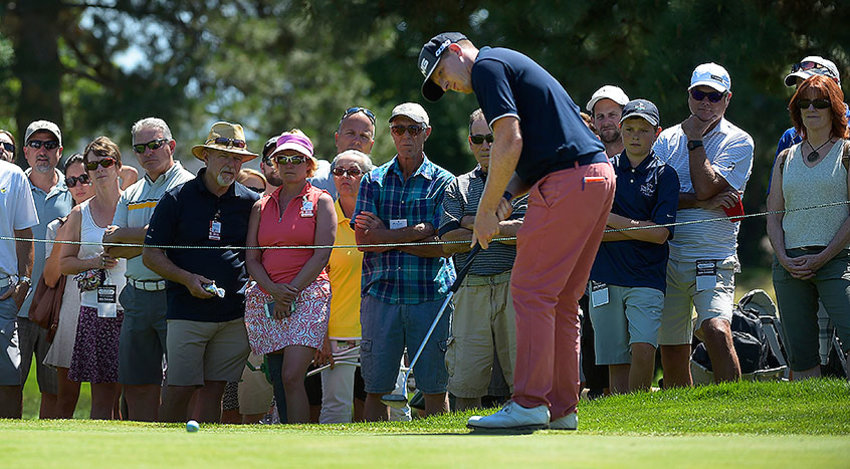 OVERLAND PARK, Kan. – Martin Piller won the Digital Ally Open on Sunday for his second Web.Com Tour victory of the year, matching the tournament scoring record at 26-under 258.

The 29-year-old Piller, married to LPGA Tour player Gerina Piller, closed with a 6-under 65 at the Nicklaus Golf Club at LionsGate to tie the mark set by James Nitties in 2011.

“I didn’t have any kind of number in mind. I just wanted to play as well as I could on each shot,” Piller said. “I knew there were a lot of good players chasing me today. You don’t ever expect to go bogey-free in the final round.”

Piller earned $108,000 to jump from fifth to scecond on the money list with $309,549, more than enough for a PGA Tour card next season. He won the Boise Open last month and has five career tour titles.

“This win gives me even more confidence going forward because I don’t feel I drove the ball particularly well this week, but my irons were good and my chipping and putting were lights out,” Piller said. “I know now that I don’t have to drive it perfect and can still play well.”

“I knew starting the day that I needed to go out and shoot something pretty spectacular,” Stiles said. “I’m disappointed. I know I could have been a couple shots better, but second place ain’t that bad.”