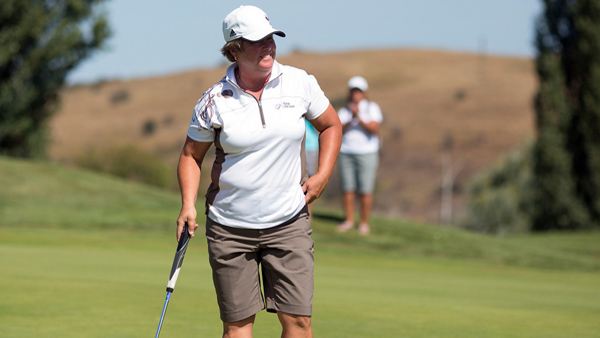 Sherbrooke, Qué.  – Canada’s top senior women are readying to compete in the 43rd playing of the Canadian Women’s Senior Championship, hosted by Club de golf Milby in Sherbrooke, Qué. from August 18 – 24, 2014. A practice round will be staged on Monday August 18, 2014.

“The Canadian Women’s Senior is an excellent showcase of the strong golf talent fostered here in Canada,” said Tournament Director Justine Decock. “The skills and dedication demonstrated by the ladies in this tournament is both admirable and inspiring.”

Club de golf Milby, located in Sherbrooke, Qué. is set to host the three-day tournament. The Howard Watson designed course is well-versed in hosting championships, having most recently played host to the Canada Games in 2013 and the Québec Women’s Amateur in 2007.

“We are excited to be hosting this year’s Canadian Women’s Senior Championship,” said Host Club Tournament Chair Guy Faucher. “The course is in great shape and we are looking forward to seeing some great talent here in Sherbrooke.”

Leading the field this year is three-time champion Mary Ann Hayward, 54, of Aurora, Ont., who will look to defend her 2013 title. Before a fourth place finish in 2012, Hayward also captured the champion title in 2010 and 2011. Hayward has not only achieved a strong standing in the Senior Women’s Championship, but has also had an illustrious career as an amateur that’s seen her inducted into both the Ontario and Québec Golf Hall of Fames and also the Canadian Golf Hall of Fame in 2007. Highlighting her remarkable career are four wins at the Canadian Women’s Amateur, six wins at the Québec Women’s Amateur, five titles at the Ontario Women’s Amateur and 12 wins at the Ontario Women’s Mid-Amateur Championship (the most wins ever recorded by an individual at a provincial championship). Hayward has also made history as the first Canadian to win the U.S. Women’s Mid-Amateur title.