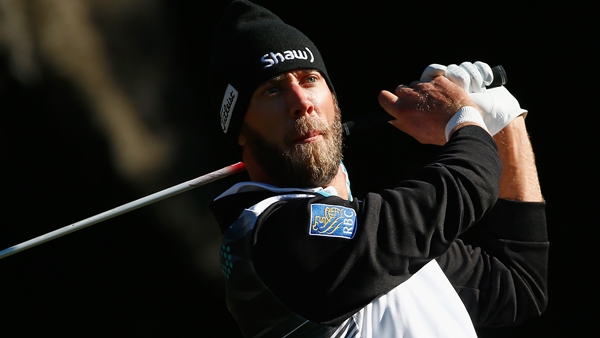 According to the last census, the town of Weyburn, Sask. has a population of fewer than 11,000 people.

Only one with roots in the town will be playing in The Masters.

Graham DeLaet received his invitation to the most iconic tournament in golf in December, and says he had tears in his eyes when he read it.

Without question the best piece of mail anyone could ever receive! pic.twitter.com/o6NdvL7Jth

Now, he’s completed a practice round at Augusta National, and has one more tournament left on his schedule before the first major of 2014.

“It seemed fake to me, like it wasn’t real,” he says when explaining the incomparable course. “I’ve seen all the holes on TV and I felt like I knew the golf course going in. It was all I had expected and more.”

DeLaet recalls his most important Masters memory was in 2003. He was at a college tournament in Idaho and Mike Weir captured the green jacket.

“I was getting butterflies and goose bumps all over my body. I remember exactly where I was. When Mike won in the playoff we (Graham’s father and friend) stood up and screamed and high-fived and everyone was looking at us like we were weird.”

It was a huge moment for Canada.

Now, DeLaet has Weir on speed-dial. He’s looking forward to a practice round with his hero during Masters week.

Back in Saskatchewan, DeLaet is inspiring a whole new generation of golfers, just like how Weir inspired DeLaet.

“When Graham tees it up, the province of Saskatchewan will be glued to the television,” says Executive Director of Golf Saskatchewan Brian Lee. “Coming from a province which is predominantly football, hockey and curling-crazy, it’s always nice to hear people talking about golf.”

One of those people talking golf is Saskatchewan Premier Brad Wall.

“Having someone from Saskatchewan in the Masters is ridiculous,” says Wall. “We are so proud of Graham – not just because of what he’s achieved in golf, but because he is a great Saskatchewan ambassador and a great guy.”

DeLaet admits that the support he’s got sets him back a little bit, explaining how things happened so quickly.

“The support I’ve gotten has been pretty crazy. It’s pretty cool to give people something to cheer about.”

DeLaet returns each summer to Weyburn for an annual charity tournament and sees that “crazy” support first-hand. He’s also happy to see how many kids have taken up the sport.

“It’s amazing to see the ambition of these kids. It’s become cool to play golf. Getting kids involved in the game (is) really the most important part,” he says. “If I can help get kids out on the golf course (and) if we can get another PGA Tour kid to come out of Saskatchewan, that would be unbelievable.

For now there’s just the one, but he’s about to play in The Masters. Perhaps, 11 years after Weir’s triumph, he’ll inspire another generation to remember exactly where they were on a Sunday in April.

Adam Stanley is a freelance golf writer and and Director of Communications for the Golf Journalists Association of Canada. You can follow him on Twitter @adam_stanley.