Masters honours Lee Elder with scholarship and a tee shot 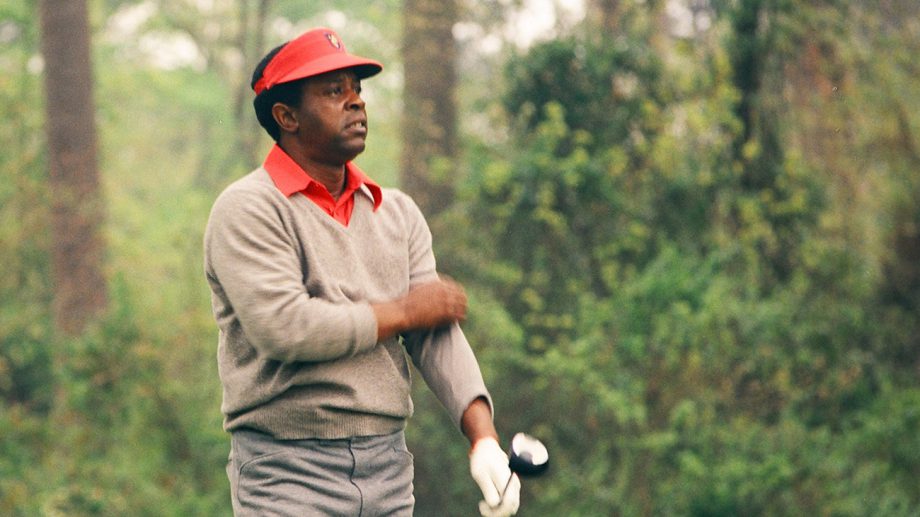 AUGUSTA, Ga. – In a year marked by racial injustice, Augusta National announced Monday it would honour Lee Elder with two scholarships in his name at Paine College and an honorary tee shot next year for the first Black player in the Masters.

“It’s mind-boggling every time I think about it,” said Elder, who made his barrier-breaking debut in 1975.

It was about time, according to Masters Chairman Fred Ridley, who said racial injustice and equality have been at the forefront of the nation this year.

The Masters for some two decades has provided scholarship money for Paine College, a private, historically Black college in Augusta. The Lee Elder Scholarship will be endowed for one man and one woman on the golf team. The fact Paine doesn’t have a women’s golf program was not a problem. Ridley said Augusta National would pay to start one.

Elder already was looking ahead to next April when he returns to the first tee, this time with a shot that doesn’t count toward a score but is more meaningful to him than when he first played the tournament.

“That is one thing that’s going to be significant to me, because 1975 was just an ordinary shot playing a golf tournament, even though it was the Masters,” Elder said. “It’s not as significant as this shot will be come April 8, 2021. Because my heart and soul will be into this shot.”

The criteria have changed over the years at the Masters, and when the club began issuing invitations to PGA Tour winners, Elder qualified by winning the 1974 Pensacola Open. That made him eligible for the 1975 Masters. He missed the cut, though Ridley said the moment was historic because of the message it sent that “I belong.”

Next April, he will join Jack Nicklaus and Gary Player as the honorary starters. Ridley referred to it as a “special moment in time,” suggesting it will be a one-time appearance as honorary starter.

Elder ended his career with four PGA Tour victories. He played five more times in the Masters, with his best finish a tie for 17th in 1979.

“To know that I would be hitting a shot off the first tee alongside the great Jack Nicklaus and Gary Player, you have to think about where you’re at and what you’ve accomplished and why you’re there,” Elder said. “A young man from the ghetto of Dallas, Texas, man, you’ve achieved world fame. The whole world will be watching and looking.

“For the chairman to present me with that opportunity is something I’ll never forget. Never forget.”

The connection to Paine College goes beyond it being an HBCU.

Elder arrived in Augusta more than 45 years ago to much fanfare as the first Black competitor in a tournament that for four decades only included Blacks as caddies or in catering.

Finding a place to eat dinner was difficult – Elder said that was more because he had some 15 people with him than “being segregated against.” Julius Scott, in his first year as president of Paine College, handled the catering for Elder all week.

From that week, Elder began a relationship with the college.

“Look at old yearbooks and you’ll see pictures of him with the golf team,” said Cheryl Evans Jones, the president of Paine College. “He’s made a a lot of contributions to the sport.”

Tell us which Canadian will have the best finish at #TheMasters and be entered to win a $500 golf shopping spree at your local pro shop or favourite golf retailer.

Ridley said he did not know how much it would cost to start a women’s golf program and that was irrelevant. He said Augusta National would pay for everything.

“The times I have visited, a lot of the ladies came out to watch the men play,” Elder said. “I heard quite a number of times, `Gee, I wish we had a team so we could play.’ By Augusta National making that decision, it’s now going to give them a chance to fulfil that dream of being able to come to college, get a four-year scholarship plus compete on the golf team.”