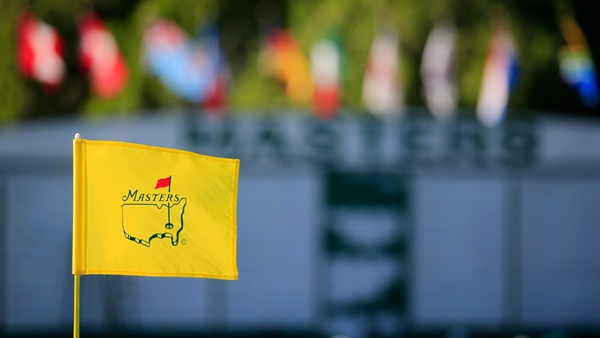 Here’s a new tradition unlike any other – the race to see if the Masters can keep its field under 100 players by April.

For the fourth time in the last five years, at least 90 players already have qualified for the Masters at the end of the year with three months of opportunities remaining before the field is set. Each time, Augusta National managed to achieve its objective of keeping the number of competitors in double digits.

By far the smallest field of the four majors, the Masters has not had more than 100 players since 1966.

That’s what Augusta National prefers. Club chairmen have talked about a small field creating a better experience. Remember, the original name of the Masters was the Augusta National Invitation Tournament.

But if the last eight months were any indication, this could be the closest call yet.

Of the 90 players who are eligible and expected to compete, 17 earned invitations by winning PGA Tour events that award full FedEx Cup points. That’s up from 12 a year ago, a reminder not only that winning is difficult for everyone but that the PGA Tour is stronger and deeper than ever.

There are 13 chances for players not already in the Masters to win a full PGA Tour event and get in. And because the Match Play Championship has been moved from its traditional late February slot, top international players such as Rory McIlroy, Henrik Stenson and Adam Scott are not expected to play much (if at all) before the Florida swing.

The other way to qualify is to move into the top 50 in the world ranking published on March 30. Among those on the outside is Canada’s Graham DeLaet (No. 57) and 2013 RBC Canadian Open champion, Brandt Snedeker (No. 58) from the PGA Tour. Tommy Fleetwood (51), Alexander Levy (53),  and Francesco Molinari (55) are also outside the top 50, though they will face some of the European Tour’s stronger fields during the Middle East swing.

Also, the Masters had created a new spot for the winner of the Latin America Amateur Championship, to be played in January in Argentina.

Team Canada’s Corey Conners of Listowel, Ont. earned a spot by virtue of finishing runner up at the 2014 U.S. Amateur Championship.

Mike Weir has a lifetime exemption as a past champion.

A year ago, 90 players were eligible after the first cutoff in December. Seven players not already eligible won PGA Tour events, and Stephen Gallacher was added from the world ranking. Then again, one spot was reduced when Tiger Woods had back surgery a week before the Masters.

This year? Stay tuned. It starts with the Tournament of Champions at Kapalua, a field that includes four players who won before last year’s Masters – Scott Stallings, Matt Every, Steven Bowditch and Matt Jones – and are not yet eligible at Augusta.