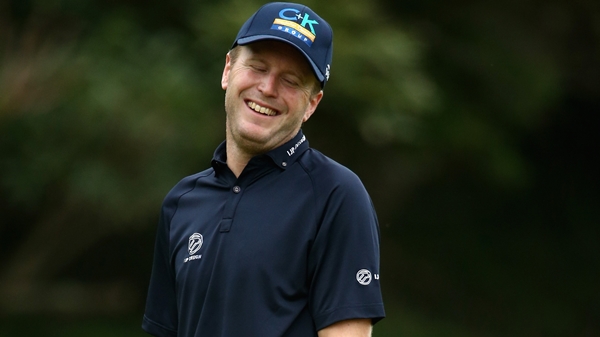 EAST LONDON, South Africa – Matt Ford opened a one-shot lead at the Africa Open on Friday after a 6-under 66 in the second round.

Ford didn’t repeat his bogey-free first round, but still went one better than his opening 67 after making six birdies and holing out for an eagle on the par-4 No. 12. He also made two bogeys to reach 11-under 133 at East London Golf Club.

“You have to be happy in this scenario, but we’re only halfway so there is still a lot of golf to be played,” Ford said.

The Englishman shared the first-lead with Kevin Phelan, but the Irishman tumbled down the leaderboard after a 72. Instead, Spaniard Eduardo de la Riva was a shot behind Ford in second after also carding a 66 with eight birdies and two bogeys.

Both are seeking to end a seven-year winning run by South African golfers at the European Tour event.

Germany’s Maximilian Kieffer shot a 63 for the best round of the day, picking up eight birdies and an eagle and registering his only bogey on his last hole.

European Ryder Cup captain Darren Clarke is well-positioned on 4 under following his 68 after missing the cut at the Joburg Open last week.

Andy Sullivan of England, who won last weekend in Johannesburg for his second title in South Africa this year, won’t be chasing a third victory on Sunday. Sullivan had five bogeys and two double-bogeys in a 77 to miss the cut in East London.