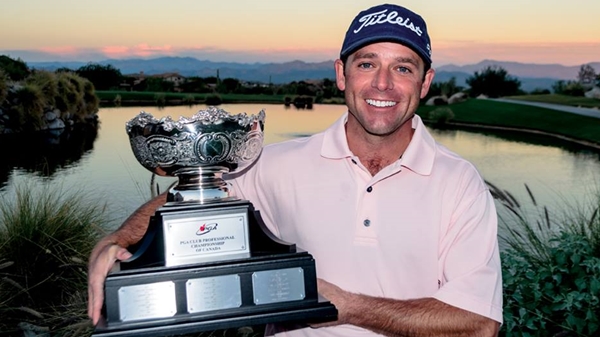 “I’ve been chasing what I call the PGA of Canada majors for 15 years and to win is something really special,” Peavoy said.

The 35-year-old put together rounds of 72-74-69 for a three-day total of 2-over-par 215 at the challenging SunRidge Canyon Golf Club. Peavoy admitted lady luck was on his side this week after starting the championship with three bogeys thru the first six holes.

“There’s no doubt I had luck on my side. I hit some balls in the desert this week and it hits a rock or cactus, takes a good kick and the next thing you know I’m back in play,” Peavoy said.

With the win, Peavoy collects $12,000 as well as 45 PGA of Canada Player Rankings points.

For the second time since 2011, Allred finishes second at the PGA Club Professional Championship after failing to convert a four-foot par putt on the 54th hole. Second round leader Dan Greenwood -who shot a tournament low round of 65 on day No. 2- finished third alone.

This year’s PGA Club Professional Championship of Canada field of 109 players featured eight past champions and 41 of the top 100 golfers from the PGA of Canada Player Rankings presented by RBC.