Maude-Aimée LeBlanc earns a spot in the U.S. Women’s Open 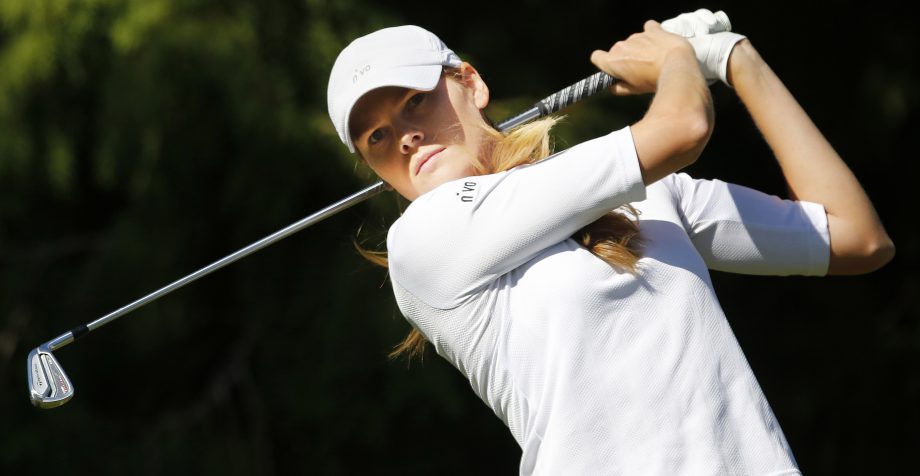 Maude-Aimée LeBlanc will be participating in the U.S. Women’s Open from July 7 to 10. She won her spot Tuesday at the Hermitage Country Club in Manakin-Sabot, Va., finishing three shots ahead of the field.

The qualifying selections are decided during a marathon 36-hole event.

LeBlanc had started off with a solid 71 in the morning round and came back stronger in the afternoon with a 68 bogey-free round featuring four birdies.

She is eligible as a regular LPGA member for all tournaments except invitational tournaments and national championships which include the British Open.

The U.S. Women’s Open will be held at CordeValle in San Martin, Calif., in six weeks.

LeBlanc’s decision to remain in Virginia despite the disappointment of being eliminated last Friday midway through the Kingsmill Championship paid off for the Sherbrooke, Que. native.

“It’s official, I’ll be playing in the 2016 Open,” she proudly posted to Facebook after securing her spot.