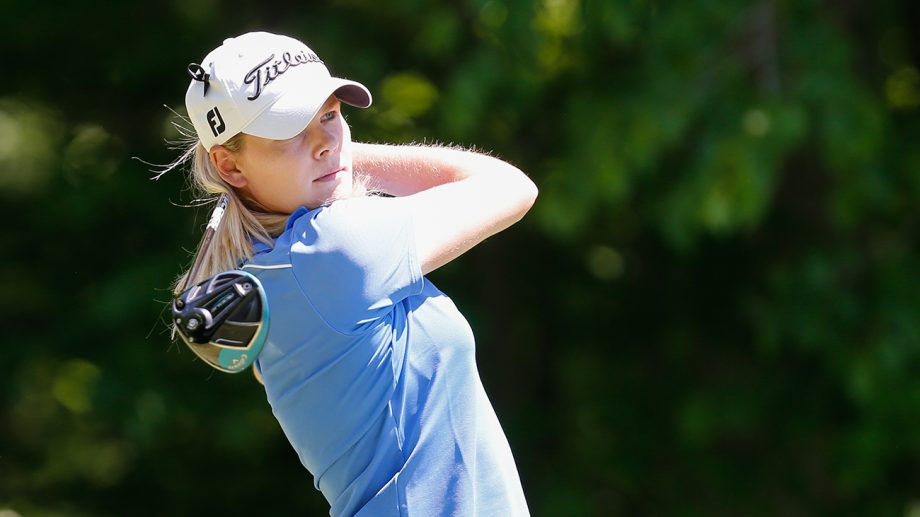 ANN ARBOR, MI - MAY 25: Maude-Aimee Leblanc, of Canada, watches her tee shot on the fifth hole during the second round of the LPGA Volvik Championship on May 25, 2018 at Travis Pointe Country Club in Ann Arbor, Michigan. (Photo by Scott W. Grau/Icon Sportswire via Getty Images)
Canadian Press

Leblanc, from Sherbrooke, Que., led by three entering the third and final round before finishing one stroke behind Morgane Metraux of Switzerland.

Metraux fired a 5-under 67 in the the final round to improve to 17 under overall, while Leblanc settled for a 71.

Leblanc is now fourth in the tour standings.

The top 10 at season’s end earn LPGA Tour cards for next season.