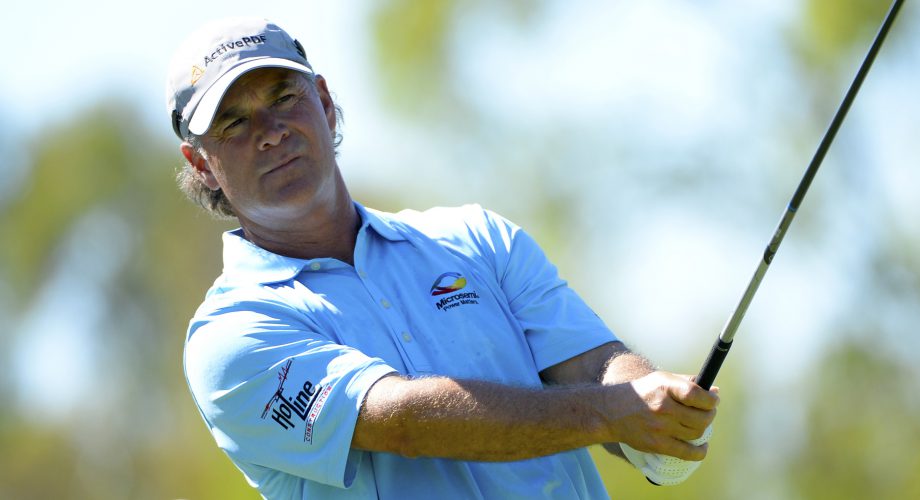 McCarron shot his second straight 5-under 67, and Byrum had a 69 to reach 10-under 134 on The Country Club of Virginia’s James River Course. Langer also had a 69 in his return for a left knee injury that forced him to withdraw from the playoff opener last week in California.

“I made two nice putts on 2 and 3 from probably 30 feet or so,” McCarron said. “It’s always nice to get off to a good start when you’re making putts like that. Then just played pretty solid and took advantage of the par 5s coming in. Really like this golf course. It’s a great track. It’s in perfect shape, we have unbelievable weather, so looking forward to tomorrow.”

Byrum closed birdie-bogey-birdie, making a 20-footer on 18 to tie McCarron.

“I hung in there. Just tried to stay patient,” Byrum said. “Hit the ball decent on the front nine, struggled a lot on the back nine. I had to scramble a little bit, but all in all it was a good day playing under the pressure of leading and guys coming after me. … Maybe I can be a little more aggressive tomorrow.”

Langer is fighting the knee injury that he re-aggravated at home doing routine spinning. The 59-year-old German star leads the Charles Schwab Cup Playoffs standings, had a tour-high our victories and has wrapped up the season money title with $2,697,459.

“The worst thing for me is walking downhill and bending,” Langer said. “I can’t bend my knee very well, so I’m just trying to avoid all stress, if possible.”

The playoff field was cut from 72 to 54 for the event, and Tom Lehman dropped out because of an elbow injury. The top 36 after the week will qualify for the season-ending Charles Schwab Cup Championship next week in Scottsdale, Arizona.

Each dollar earned in the first two events is worth two points – first place is worth $305,000 and 610,000 points this week – and is added to the regular-season total. At the Charles Schwab Championship, points will be reset so that the top five only have to win to capture the Charles Schwab Cup.

The 51-year-old McCarron is fifth in the standings. He won the Principal Charity Classic in Iowa in June for his first victory on the 50-and-over tour.

“I’m having an absolute blast,” the three-time PGA Tour winner said. “I’m playing with some of my best buddies. When you get to play with Hall of Famers like Bernhard Langer it really is a lot of fun.”

The 56-year-old Byrum is 27th in the standings. He’s winless on the senior tour after winning once on the PGA Tour.