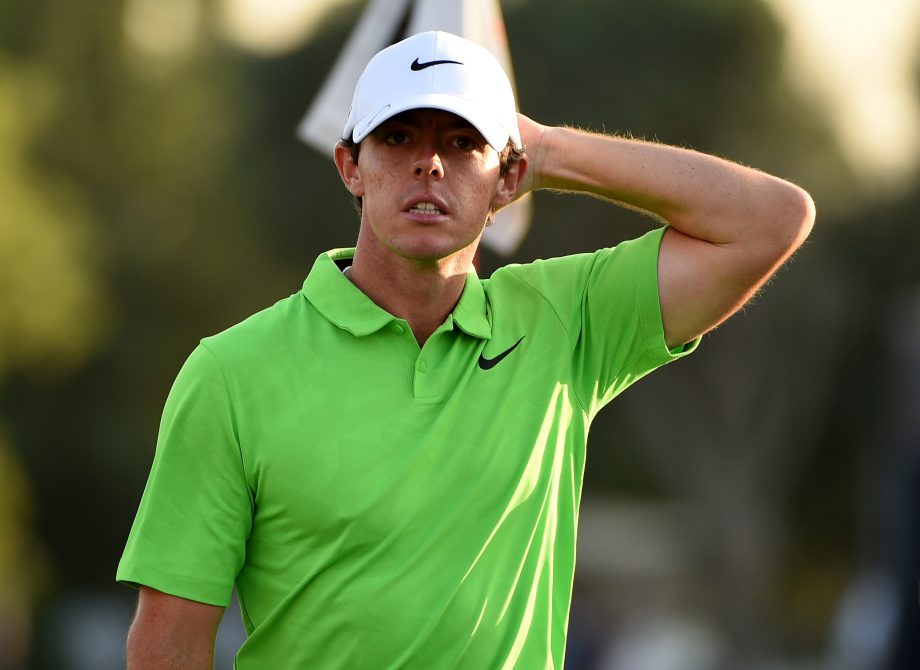 DUBAI, United Arab Emirates – Rory McIlroy birdied his last hole to pace Danny Willett in their chase for the Race to Dubai trophy on the opening day of the World Tour Championship on Thursday.

McIlroy chipped in from a greenside bunker on the 18th hole to card a 4-under-par 68, tied with English golfer Willett, two shots behind the four leaders.

The pair are the main contenders to finish No. 1 for the season in the European Tour finale, McIlroy for the third time in four years, and Willett for the first time. Five others are in contention, but whoever finishes higher between McIlroy and Willett is expected to claim the trophy.

McIlroy made the turn at 2 under, bogeyed the 10th, recovered with consecutive birdies, and capped his round with an accurate chip off his fourth shot.

“Nice way to finish,” he said. “It was a bit scrappy before that. In between those birdies (on 11-12) and the birdie at the last, there was a bit of ugly golf in there.”

Willett had a similar round: He went 2 under going out, bogeyed one soon after the turn, and birdied the last hole.

“It’s what everyone wanted, it’s very close,” Willett said. “It’s going to be a great tussle all week.”

Poulter made just one birdie on the four par-5 holes, but the Englishman didn’t do much wrong in a bogey-free round.

“Took care of the par 4s and the par 3s, just didn’t really take care of the par 5s.” he said. “There were other birdie opportunities that I would expect to hole. Most of those putts are inside 10 feet. I hit 17 greens in regulation and just two missed fairways . that’s pretty solid.”

Kaymer, winless this season like Poulter, made a couple of bogeys, including one on the par-3 sixth, where he went into the water. But he made up for that with eight birdies.

Sullivan eagled the par-5 7th, and Fraser was 7 under through 14 holes but bogeyed the 16th to fall into the tie for the lead.

Francesco Molinari, on 67, was between the leaders and McIlroy, Willett and six others on 68.

Justin Rose, who was third in the Race to Dubai, made successive bogeys in his last two holes in a 1-under 71.

Patrick Reed was one shot better.