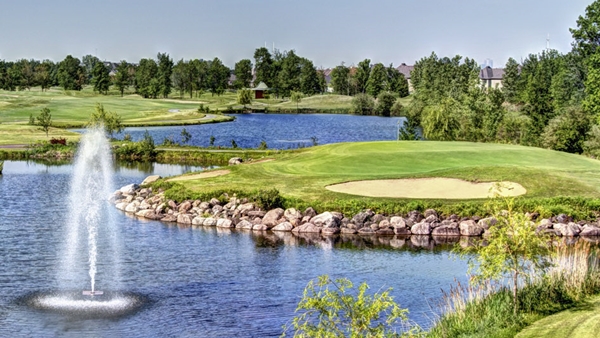 PONTE VEDRA BEACH, Fla. – Rory McIlroy turns into a different player when he tees it up at the TPC Sawgrass.

It’s not by choice.

McIlroy found out quickly that his free-swinging power game isn’t the best fit at The Players Championship. In three appearances, he never broke par. That’s when he decided to scale back his game and play a bit more conservatively.

He at least is making progress. After missing the cut three times in four years – he didn’t even bother playing the other year – McIlroy has a pair of top 10s. A year ago, he closed with a 69-66 weekend and tied for sixth, though he was never in contention.

The Players Championship begins Thursday with the strongest field in golf.

It also might be the most wide-open field in golf.

The PGA Championship is renowned for having the most players from the top 100 in the world ranking. It also has a few past champions (John Daly, Mark Brooks) and 20 club pros. What differentiates The Players is that everyone in the field is capable of winning. The last player in was 21-year-old Justin Thomas, who already has played in the final group on the weekend at three tournaments this year.

Martin Kaymer is the defending champion. Tiger Woods won the year before that. Those are multiple major champions. The list of champions at Sawgrass also includes Fred Funk and Henrik Stenson, Tim Clark and Fred Couples.

McIlroy recited a favorite line about the golf course. It favors no one and tests everyone.

It might not be the same feeling as Phil Mickelson winning the British Open on a links course, but McIlroy believes a victory in the so-called fifth major would make him a more complete player because it’s a different kind of golf that he prefers to play.

“Winning around this golf course would … I definitely have a feeling that if I was able to do that, I would be able to win a different way,” he said.

He compared it with Wentworth, where he had struggled until winning the BMW PGA Championship last year. Then again, it was a wet week in England and he was able to hit driver more than he normally would.

Asked to describe the course in one word, McIlroy wasted little time.

One-word answers from other players over the years have included “exciting” and “dramatic” and “challenging.” Geoff Ogilvy once took five days to find the right answer. He saw a reporter who had asked the question walking along the 14th fairway in the final round, walked over to him and said, “Annoying.”

One other word comes to mind for Thursday’s opening round: Anticipation.

Only this has nothing to do with the golf course.

Playing along McIlroy on Thursday morning will be Masters champion Jordan Spieth and Jason Day, who in this case might feel like a third wheel. McIlroy and Spieth have been the center of golf over the last few months – McIlroy because he is No. 1 in the world, Spieth as the Masters champion and No. 2 in the world.

Not quite. Or at least not yet.

“He is as far ahead of me as I am with the next eight guys,” Spieth said, referring to the gap between No. 1 and No. 2 in the world ranking. “So with that being said, it’s kind of anybody’s game to get up and make it interesting with him. I just happen to be the one that occupies No. 2 right now.”

McIlroy responded to all the hype over Spieth and his green jacket by winning the Match Play Championship last week in San Francisco. He provided another answer to the chatter about a rivalry by practically yawning.

“Last year it was Rickie (Fowler). This year it’s Jordan, might be someone else, could have been Tiger,” McIlroy said. “There’s been four or five rivalries over the past year. So it doesn’t really do anything for me.”

He then borrowed a line that Jack Nicklaus once told Tiger Woods. Both had a revolving door of rivals over the years.

Nearly forgotten in all this hype is Tiger Woods, who is playing for the first time since he resurrected his short game and tied for 17th at the Masters. Woods is playing in the afternoon with Kaymer and Adam Scott, a trio of champions at Sawgrass.

There is an urgency to find a new star, a new rivalry, in just about any sport. Perhaps this should serve as a reminder to slow down. A year ago at The Players Championship, McIlroy was No. 11 in the world and in one of his mini-slumps.