McIlroy, Fowler in five-way tie for lead in Abu Dhabi 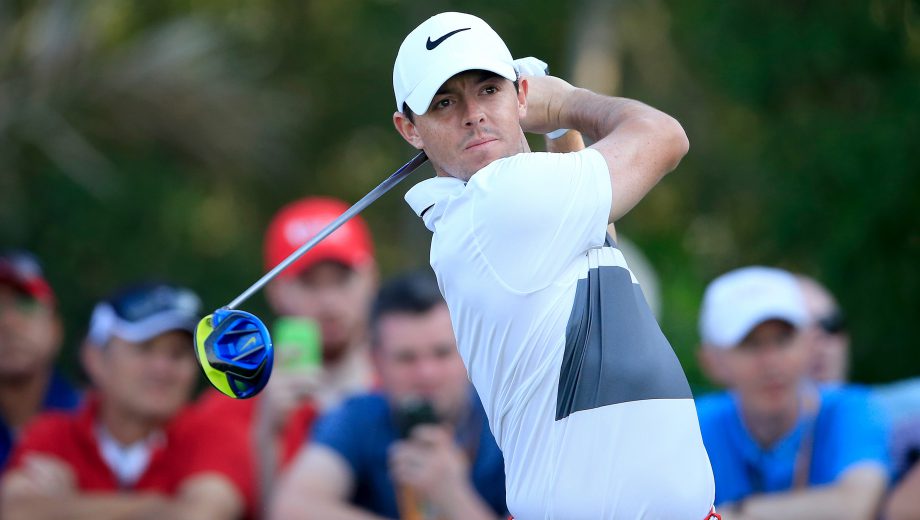 ABU DHABI, United Arab Emirates – Rory McIlroy and Rickie Fowler were part of a five-way tie for the lead at the Abu Dhabi Championship after Andy Sullivan made a triple-bogey in fading light to relinquish a two-shot advantage late in a fog-affected third round on Saturday.

Sullivan drove into a bush, couldn’t find his ball, returned to the tee and eventually made a 7 at No. 9 in a dramatic finish to the day’s play, which ended with most of the field yet to finish their third rounds.

Sullivan dropped to 9 under and was a shot behind McIlroy, Fowler, Branden Grace, Ian Poulter, and Joost Luiten, who all have holes to play early Sunday before starting the final round.

“It’s a really bunched leaderboard,” said McIlroy, who ended his second round on Saturday morning with a birdie-eagle finish to be tied for second. “It will be a bit of a sprint to the finish.”

There are 21 players within three shots of the lead – and Jordan Spieth is among them.

The top-ranked American started the third round seven shots back and finished it in the gathering gloom and in a six-ball – a career-first – after barely beating the horn on the 9th tee. Indeed, the claxon sounded at the top of his backswing as he rushed to avoid an early morning return on Sunday.

Spieth is three shots back after a 4-under 68, and in need of what he called a “crazy round” to take victory in his first regular European Tour event.

Sullivan is one of five players a shot behind – with 2012 champion Robert Rock, Henrik Stenson, Thomas Pieters, and Rafael Cabrera-Bello – after his nightmare on his ninth hole, when he went way right off the tee. He searched for his ball in two separate bushes – McIlroy even came to help him – but had to reload.

Sullivan’s second drive found the rough on the right, his approach was short, his chip onto the green poor, and he two-putted from 10 feet.

“It wasn’t great to see,” McIlroy said. “I was hoping he would have made that putt just to give him a little bit of momentum going into tomorrow.”

McIlroy chased down Sullivan in the final round of the season-ending World Tour Championship in November, to clinch the Race to Dubai title. This time, it has happened earlier – and it was Sullivan who imploded.

The other member of the final group was Bryson DeChambeau, the American amateur with the self-styled nickname of “The Golf Scientist,” who plays with a set of home-made clubs that are all the same length. He started the third round tied on 8-under par with McIlroy, but dropped back to 7 under by the time play was suspended. The group still had nine holes to play.

DeChambeau removed his earphones, took off his flat cap, and approached McIlroy on the practice green ahead of his first round with the four-time major winner.

“I’m Bryson, nice to meet you,” DeChambeau said. And in another display of reverence, the U.S. Amateur and NCAA champion applauded when McIlroy’s name was announced on the first tee.

DeChambeau was about to learn just how much pressure is involved in contending in a top-class field at a high-profile professional event. He drove into the bunker on No. 1, then drove into the tree on the right on No. 2 to make bogey.

Fowler shot 68 in the second round and continued that form by picking up three birdies in the 10 holes he managed in the third round. Poulter, playing with a taped-up thumb that he “took a chunk out of” on Thursday, made four birdies in five holes around the turn and was 5-under after 13 holes of his third round.

Resuming on No. 14, McIlroy made three straight pars, to take his number for the round to 15, before landing approach shots inside two feet on Nos. 17 and 18. He nearly holed a wedge shot on No. 17, before hitting a 5-wood from 268 yards to 18 inches on the last. He tapped in his eagle putt for a 70.