McIlroy ‘loaded with loonies’ as he prepares to defend his RBC Canadian Open title, and more 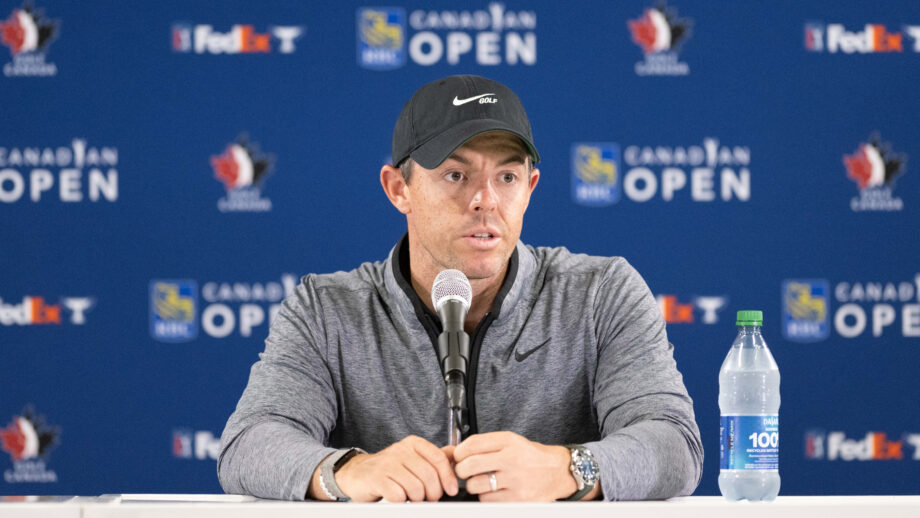 Defending RBC Canadian Open Champion Rory McIlroy doesn’t need luck on his side when it comes to his golf game. The Northern-Ireland native has notched five top 10 finishes this season – including a second-place finish at The Masters – bringing his total PGA TOUR career victories to 20. However, some would argue that a little extra luck never hurts.

During the 2019 RBC Canadian Open, McIlroy tried on a Canuck superstition when marking his ball for the week – the lucky loonie. Shooting 22-under-par 258 in 2019 (the lowest 72-hole score ever carded at the event), it’s a superstition he’s keeping as he chases back-to-back RBC Canadian Open titles for the 111th playing of the historic tournament.

“I turned up to the locker and there was already one in my locker,” said McIlroy. “And then one of my pro-am partners give me one this morning on the first green as well. So I’m loaded with loonies this week. Yeah, so, yes, I will use it, for sure.”

The lucky loonie tradition became famous during the 2002 Olympic Winter Games in Salt Lake City when the one-dollar coin was embedded into centre ice by a Canadian maintenance crew to bring luck to the men’s and women’s ice hockey teams. After both squads claimed gold medals, the tradition became a sensation for Canadian sports pursuits across the country and has been going strong ever since.

It comes as no surprise that McIlroy, a self-professed fan of history, would partake in the now-iconic tradition.

“One of the great things about our game is you can in some way compare yourself to historical figures. Figures that I’ve never met before, but I look at a trophy that my name’s on and Walter Hagan’s name is on there or Gene Sarazen or Byron Nelson or Ben Hogan or Jack Nicklaus or Arnold Palmer or whoever it is,” said McIlroy.  “And I think that’s one of the coolest things about our sport that not a lot of other sports can sort of tap into. As a golf historian and traditionalist, I like that stuff. I like sitting down with the Claret Jug at home and looking at the names on the trophy. Like that is so cool. And you look at the Canadian Open trophy and you look at the names that are on that. You’re putting your name in history by winning these national championships.”

Rory will seek to defend his title as the first round of the tournament commences tomorrow.

Corey Conners needed a taste of home, and he got it – literally. There’s nothing that yells ‘Canada’ quite like Tim Horton’s and there are few people on TOUR who know that better than the Listowel, Ont. native. The Canadian honoured his citizenship with a visit to the renown coffee shop as soon as his plane touched down in Toronto and, suddenly, he was home again.

“That reminds me I’m home. I think that’s the first stop every time I get back to Canada. Don’t know what it is about it, but that makes me feel like I’m at home,” Conners said.

His order: one cream, one sugar. “Don’t mind an apple fritter [either],” he added.

Before Mackenzie Hughes played in the RBC Canadian Open Championship Pro-Am, he caddied in it – or at least tried to. Mike Weir served as the ultimate distraction for the 13-year-old Hughes who he walked alongside down the fairways of Glen Abbey Golf Course at the 2004 Pro-Am event. Unfortunately for Hughes, the fairway wasn’t where he needed to be.

“I just did a horrendous job caddying that day because I was so intrigued by just being close to Mike and trying to ask him a question here and there,” said Hughes. “Then my player would be over here in the rough and I’m like, ‘Oh, sorry,’ just nowhere near him.”

Luckily for Hughes, his playing skills make up for his lackluster caddying.