McIlroy looking to keep momentum going with Masters in sight 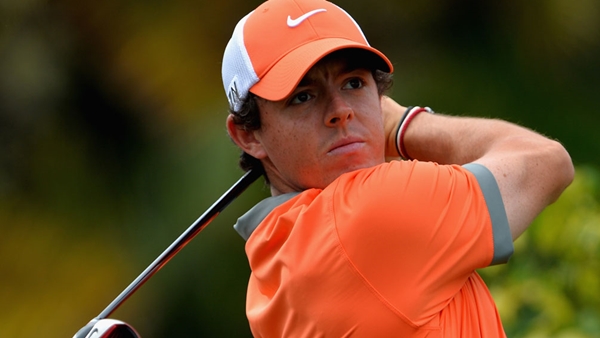 PALM BEACH GARDENS, Fla. – Fans stood three-deep and formed a corridor from the 18th green at PGA National as they tried to get an autograph, a picture or even a close look at Rory McIlroy. Moments later, another group of fans pressed against him with souvenir flags to sign as McIlroy left a conference room.

The attention comes with being the No. 1 player in golf, the apparent heir to Tiger Woods. McIlroy is used to this by now. He has been the best player in the world since August, filling the void of a sport looking for a dominant figure.

It’s only going to get more chaotic.

McIlroy competes on U.S. soil for the first time in five months when the Honda Classic begins on Thursday. The palm trees and tropical warmth of south Florida are the sure signs that the Masters is around the corner. McIlroy, who blew a four-shot lead in the final round at Augusta National in 2011, goes there with a chance to become only the sixth player to capture the career Grand Slam.

Like other players, the 25-year-old will venture up to Augusta to practice in the coming month. The real preparation is to play good golf, and to allow that confidence to become momentum that he can carry to the first major of the year.

“People talk about momentum and talk about sort of riding it, but I think momentum and confidence are two very similar things in golf,” McIlroy said. “If you’re confident and you’ve had good performances, that confidence seems to carry on. And if you’re happy with how practice goes, then you’re obviously going to be confident going into tournaments. So that’s sort of how I’m feeling right now. And try to keep that feeling for as long as I can.”

It seems like it’s been a long time already.

McIlroy still isn’t anywhere near the roll Woods enjoyed during his peak years. Going into the 2000 Masters, for example, Woods won 11 times in 19 starts and only twice finished out of the top 10. No one was close to him.

In his last 12 starts worldwide dating to the British Open, McIlroy has four victories (including back-to-back majors and a World Golf Championship), four runner-up finishes and has finished out of the top 10 two times.

In his last six tournaments, he has finished no worse than second place in all but one tournament, the Australian Open. So yes, he’s going along quite nicely.

The obstacle at the Honda Classic might be rust.

McIlroy hasn’t played since winning the Dubai Desert Classic on Feb. 1. He got past one potential distraction when he settled a court case involving his former management company. He has been home in south Florida the last three weeks, practicing and playing and trying to stay on this roll during an important part of the season.

McIlroy won the Honda Classic in 2012, the first time he rose to No. 1 in the world. A year ago, he was poised to win again until he stumbled on the back nine at PGA National, only to hit 5-wood into 10 feet on the final hole for a two-putt birdie to get into a four-man playoff. Russell Henley won on the first extra hole. McIlroy didn’t really get going until a few months later, but he’s been tough to beat ever since.

“He’s the best player in the world,” Rickie Fowler said. “And when he’s driving the ball well, that’s when he’s deadliest. So he did a good job of putting himself in play last year and obviously hits longer than a lot of guys, too.”

Woods isn’t around. He said two weeks ago he wouldn’t return to competition until his game was in tournament shape. So far, that’s just one tournament – the Honda Classic – though the attention on the absence of Woods is sure to ratchet up if he misses Bay Hill.

McIlroy is mixing up his schedule slightly this year. He’ll be at the WGC event next week at Doral and then play the Arnold Palmer Invitational at Bay Hill for the first time, making it likely he will have two weeks off for Augusta.

The Masters, at the moment, is not on his mind.

“I feel like I’ve got a nice schedule going into Augusta,” McIlroy said. “I’m not playing too much, but I’m playing just enough that I should be as sharp as possible going in there. I haven’t thought about it. What I really thought about over the past couple of weeks is getting ready for these events coming up, and trying to play as well as I possibly can in those. So that gives me a little confidence going into a little break to prepare as well as I can for Augusta.”