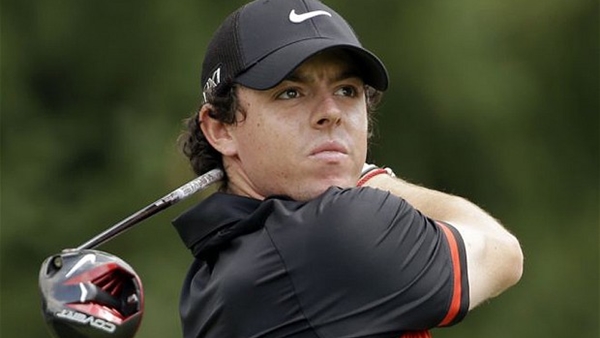 DUBAI, United Arab Emirates – Rory McIlroy birdied his last hole to keep the lead to himself halfway through the Dubai Desert Classic on Friday.

Meanwhile, playing partner Tiger Woods carded a 1-over 73 to drop into a tie for 44th. He kept his humour, at least.

In joining fellow Masters champions Mark O’Meara and Fred Couples in hosting a junior golf clinic on the Emirates Club practice range, Woods told a large crowd, “I was on so many parts of the golf course today that I got to meet so many people, signed so many autographs out there, and gave a lot of balls away.

“But seriously, I was just hitting it sideways.”

While Woods was at 3 under, two above a cut line which removed Ernie Els, John Daly, Jose Maria Olazabal and O’Meara, McIlroy was riding an adventurous round of five birdies against three bogeys to finish on 11 under.

His lead was cut in half to one shot over European Tour-based American Brooks Koepka, who birdied his opening three holes in a 65 to move to 10 under.