McIlroy opens with 71, sits well back of leader Molinari 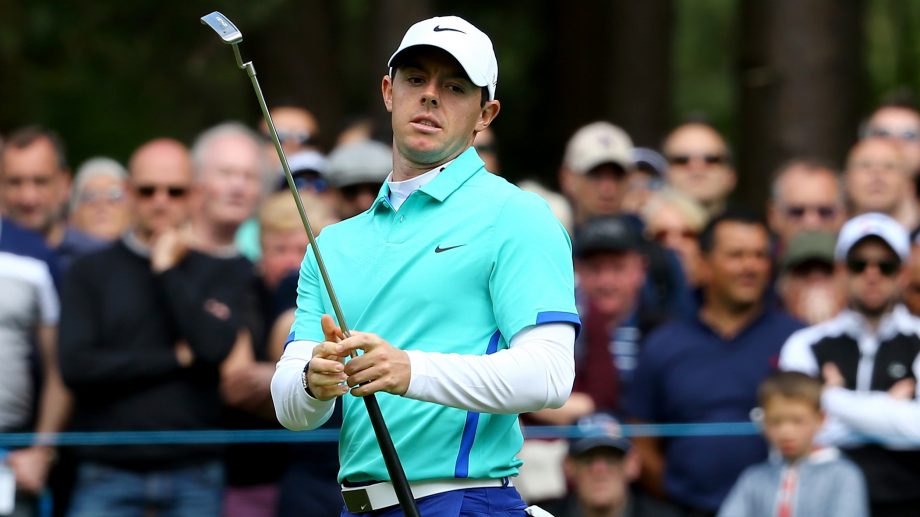 VIRGINIA WATER, England – Defending champion Rory McIlroy shot a 1-under 71 on Thursday, leaving him six shots behind leader Francesco Molinari at the BMW PGA Championship after a mixed performance he blamed on mental fatigue.

Playing for the fourth straight week, the top-ranked McIlroy failed to recapture the form that saw him surge to a record seven-shot victory at the Wells Fargo Championship at Quail Hollow last week.

McIlroy had two birdies and two bogeys in his first five holes, missing a 12-foot putt for par at the first hole after failing to find the green with his approach. He went birdie-bogey-birdie from Nos. 12-14, and could not take advantage of par-5s on the final two holes.

“Physically I feel fine but mentally I could feel myself getting down on myself out there, which is not something I have been doing the last three weeks,” McIlroy said.

“I just need to be aware of that and keep everything on an even keel. It is acceptance of bad shots. Every time I have played well this year, I have been talking about how mentally good I have been. I feel like my patience was wearing thin out there today.”

Molinari carded a flawless 65, closing his round with two straight birdies on the last two holes.

The Italian has three top-10 finishes in the last three years at the European Tour’s flagship event and came second at the Spanish Open last week.

“It is a great start but you don’t win the trophy on the first day,” Molinari said. “I like the course, I think it rewards accuracy more than others, which suits my game.”

Robert Karlsson is two shots behind Molinari. The Swede went round in 67, making two of his six birdies across the last three holes.

“It was nice to put a good round together,” Karlsson said. “I was careful off the tee, it is important round here to keep the ball in play. Hopefully this is the start of a good run.”

Justin Rose also began his tournament with a 1-under 71, and two-time winner Luke Donald made a 2-under 70.

Stephen Gallacher and Padraig Harrington were both forced to withdraw from the competition through injury.

Gallacher, who was part of Europe’s 2014 Ryder Cup winning team, has a wrist injury while Harrington, who won the Honda Classic in March, has a shoulder problem.